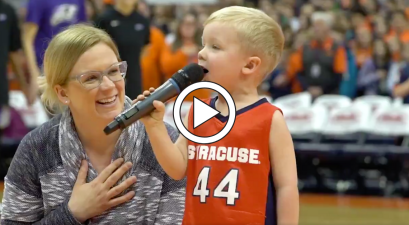 First, let us point out that Bridges, a sophomore for the Michigan State Spartans, is averaging 18.0 points and 7.2 rebounds per game (prior to Sunday’s game) this season. This was after a stellar freshman campaign, in which Bridges was projected to be an NBA-level player.

Despite the absurd numbers this season, Bridges has played a lot more small forward, as opposed to the four he played last voyage, which has led to a (very) few iffy moments here and there.

Anyway, on Sunday, with Bridges struggling — relative to his own standards — at that point against Maryland, Dakich tweeted the following:

Because Twitter has no chill, ESPN’s Jeff Goodman led Dakich near the figurative rim so he could dunk all over his soul.

Here is a screenshot of the encounter:

Did anyone check to see if Double-D is dead?

For what it is worth, Goodman’s observation of Dakich’s collegiate stats is accurate.

Nevertheless, even the most nitpicking naysayers would avoid saying Miles Bridges has no game. Does he have flaws? Of course, everyone has flaws. Even the nearly perfect me. But to pretend as if he’s some scrub is some next-level trolling and/or uneducated opining.

To be fair, this happened on Sunday. Maybe Dakich was just prepping for the WWE Royal Rumble — where there are no allies, but only enemies. Unfortunately for him, in this practice round, he got eliminated by an ESPN colleague.