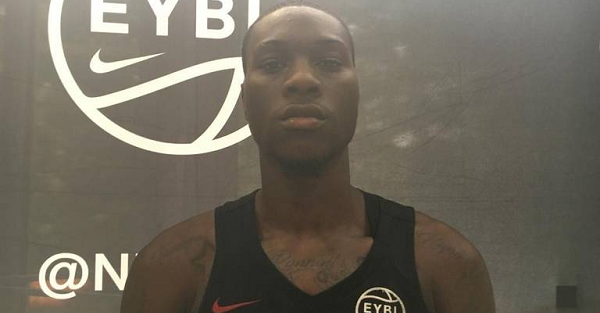 Emmitt Williams is going to be getting a lot of calls in the near future since he is a top-15 talent in the class of 2018, but there is one particular that seemed to really make an impression on him. He got a call from Duke’s Mike Krzyzewski last month and compared it to talking to an almighty being as he described it to The Herald Sun at the Nike Peach Jam Finals.

The 6’8″, 210-pound forward out of Florida currently plays for the IMG Academy so he’s definitely getting some looks from top tier programs like Duke, Kansas and Louisville among others. He’s rated as a five-star recruit and the No. 12 overall recruit in the country by ESPN.

Williams is a ferocious dunker and is indiscriminate with who he posterizes as the nation’s top recruit in Marvin Bagley found out this week as well. But if you listen to him tell it, it’s just another dunk for him.

The rising senior also has offers from Florida, Florida State, LSU, Vanderbilt, Baylor and Alabama among others.