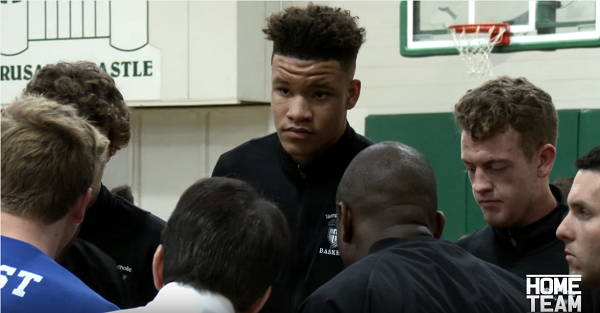 Five-star forward Kevin Knox is at North Carolina for his final official visit this weekend. Has been to Duke, Kentucky and Florida State.

Knox is believed to be favoring those four schools (Kentucky, UNC, Duke and FSU) with 247Sports’ crystal ball projecting him to go to Duke at 82 percent. The 6’8″, 205-pound small forward is No. 2 at the position behind Washington commit Mike Porter Jr. and is the No. 8 recruit in the country according to 247Sports.