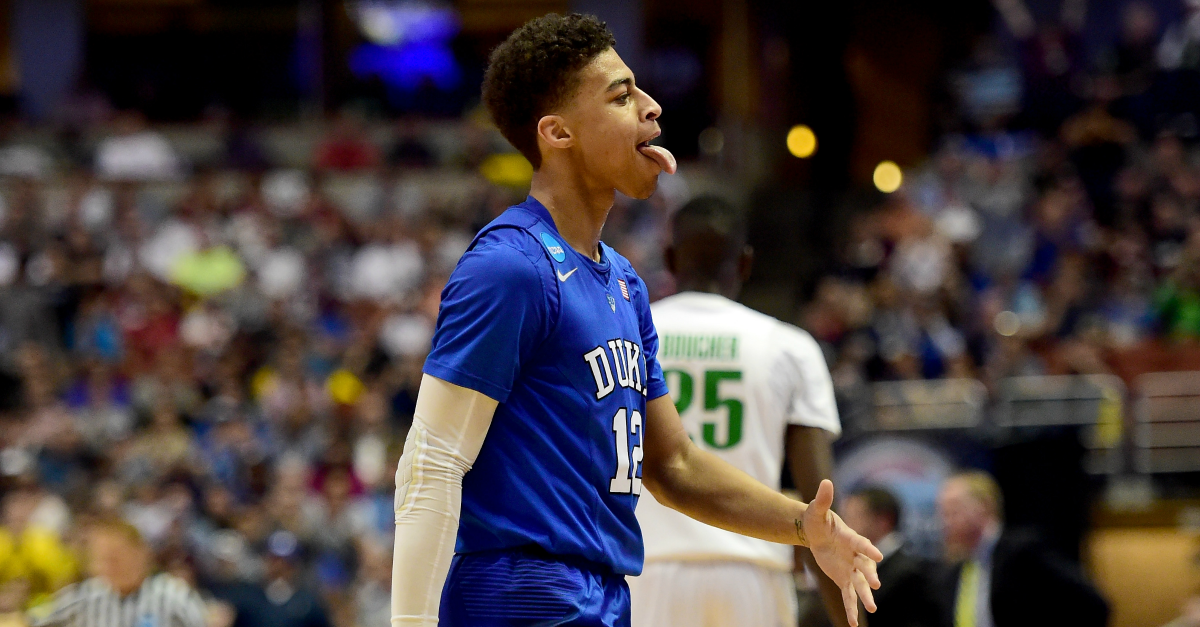 Former five-star point guard Derryck Thornton is headed back home to California according to what his father told CBS Sports. He has committed to coach Andy Enfield and the USC Trojans. The 6’2″ point guard averaged 7.1 points and 2.8 assists in 26.0 minutes last year for the Blue Devils and even got some starts toward the end of the season.

RELATED: Derryck Thornton looking for a landing spot after transfer out of Duke

However, those solid stats weren’t enough to convince him to stay. It probably didn’t help that an entire starting lineup is coming to campus in the form of Duke’s latest recruiting class. Five-star guys like Marques Bolden, Jayson Tatum, Harry Giles and Frank Jackson will be eating into many of the minutes and Thornton might have had a hard time finding any minutes on the court if these freshmen turn out to be as good as advertised.

Thornton will have to sit out a year per NCAA transfer rules, but will be closer to his home in Chatsworth, California while at USC. Thornton was ranked as the No. 14 player in the country after reclassifying from the 2016 class to the 2015 class to get on campus sooner.