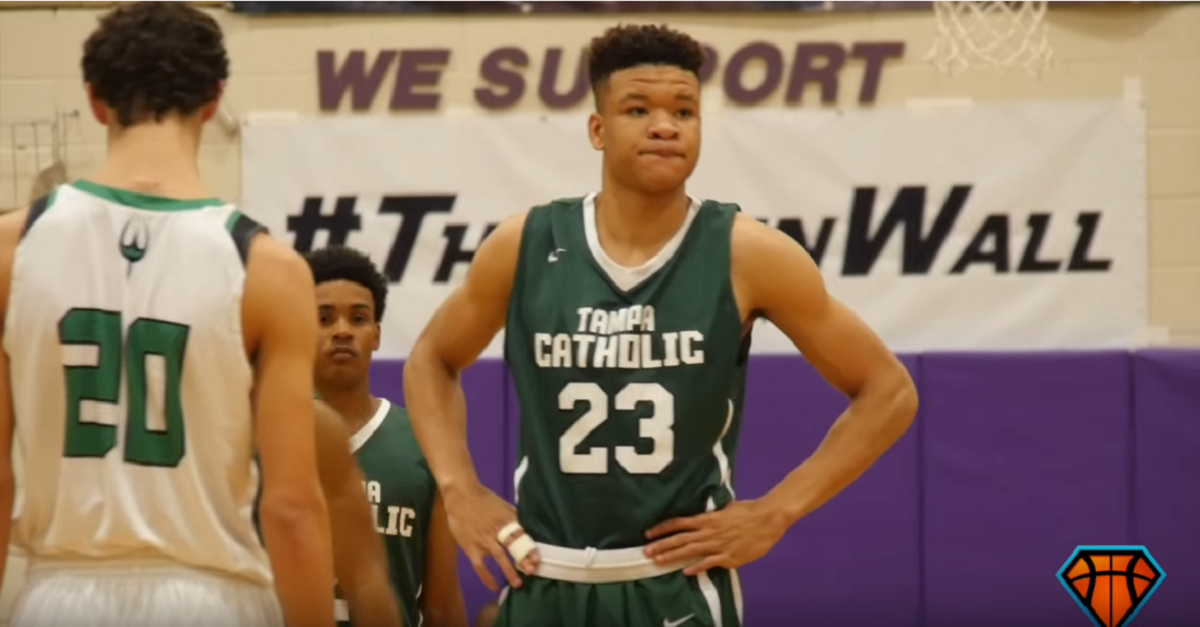 Five-star small forward Kevin Knox has been dragging his feet a bit on his commitment as he is one of the last major players standing in the class of 2017. The No. 2 small forward, according to ESPN, has a top four of Florida State, Duke, Kentucky and UNC. Missouri was also on the list, but was reportedly knocked off once he took a visit there.

RELATED: After taking visit, Kevin Knox reportedly eliminates one school that could land him

According to ZagsBlog, Knox is set to make his commitment sometime between Thursday and Sunday this week. Knox’s father texted ZagsBlog that “The count down is here. Thursday-Sunday.”

The 6’9″, 206-pound wing man could change the fortunes of really any of those schools and his dad actually played a sport at Florida State — a major reason the Seminoles are still in the hunt — which is the school that would benefit the most from his potential commitment.