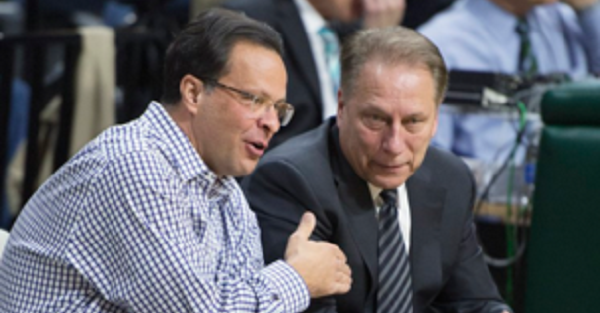 The Indiana Hoosiers aren’t a dominant force in the college basketball world right now and, apparently, the administration has decided that there is one central reason for that. On Thursday afternoon, the Hoosiers elected to part ways with long-time head coach Tom Crean.

BREAKING: Tom Crean is out after nine years at Indiana. #iubb

An official release from the program cited the next hire as a “coach who will meet (the school’s) expectations” and Crean fell short of that. Indiana’s season ended with a first-round loss to Georgia Tech in the NIT and, while Crean did claim two Big Ten regular season titles over a nine-year tenure, he was unable to produce the type of championship success that Indiana wants.

While the news isn’t shocking given whispers surrounding Crean for some time, the timing is… curious. Indiana dumped this news just as the NCAA Tournament was getting underway (in a game featuring in-state rival Notre Dame) and that is a fairly obvious attempt to shield the program from criticism. The program’s coaching search will be (very) interesting and rumblings are already beginning that Wichita State’s Gregg Marshall could quickly become the No. 1 candidate for the Hoosiers.

Tom Crean is a good basketball coach that did a reasonable job in Bloomington but expectations continue to soar for one of the nation’s “blue blood” programs.