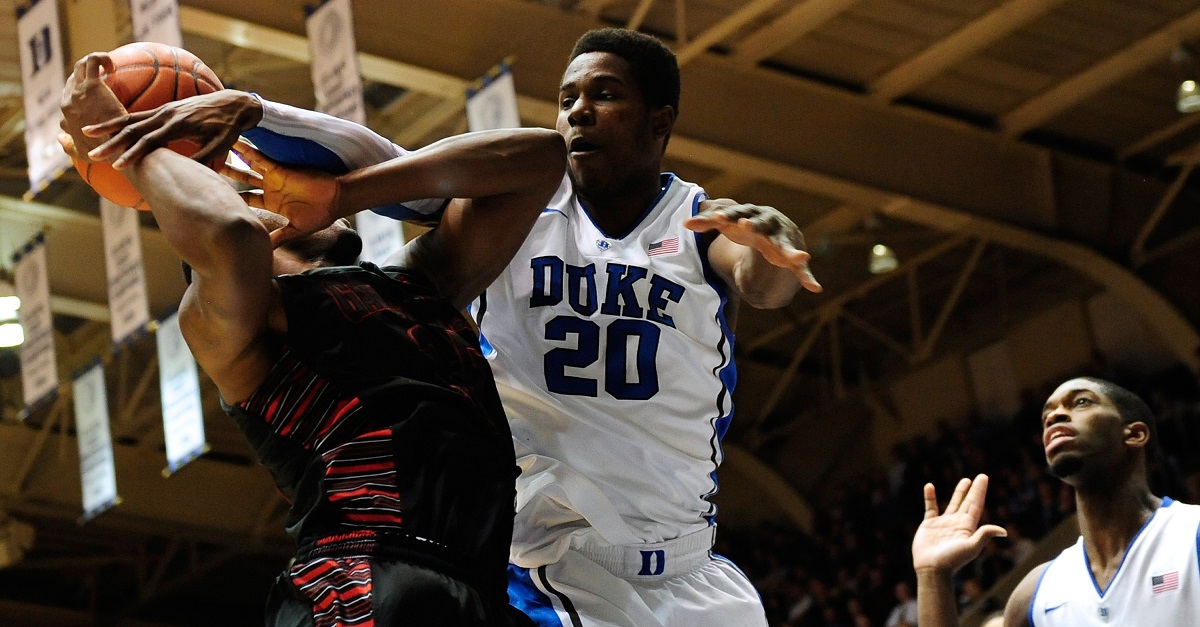 Former Duke and SMU forward Semi Ojeleye had a pretty outstanding year for the Mustangs this past season and led them to a NCAA Tournament birth. He only averaged about six minutes in his two years at Duke so he transferred to SMU where he had to sit a year, but made it worth his while.

He averaged 18.9 points, 6.8 rebounds and 1.5 assists a game while playing 34.1 minutes a game. Those stats were good enough to earn the 6’8″, 230-pound forward the AAC Player of the Year Award. And now he is going to parlay that into playing at the next level:

SMU's Semi Ojeleye officially announces that he will hire an agent and remain in the 2017 NBA Draft, per his Twitter page.

This means he will not be able to go back to school for his senior year and will be hoping to get drafted by a team now.