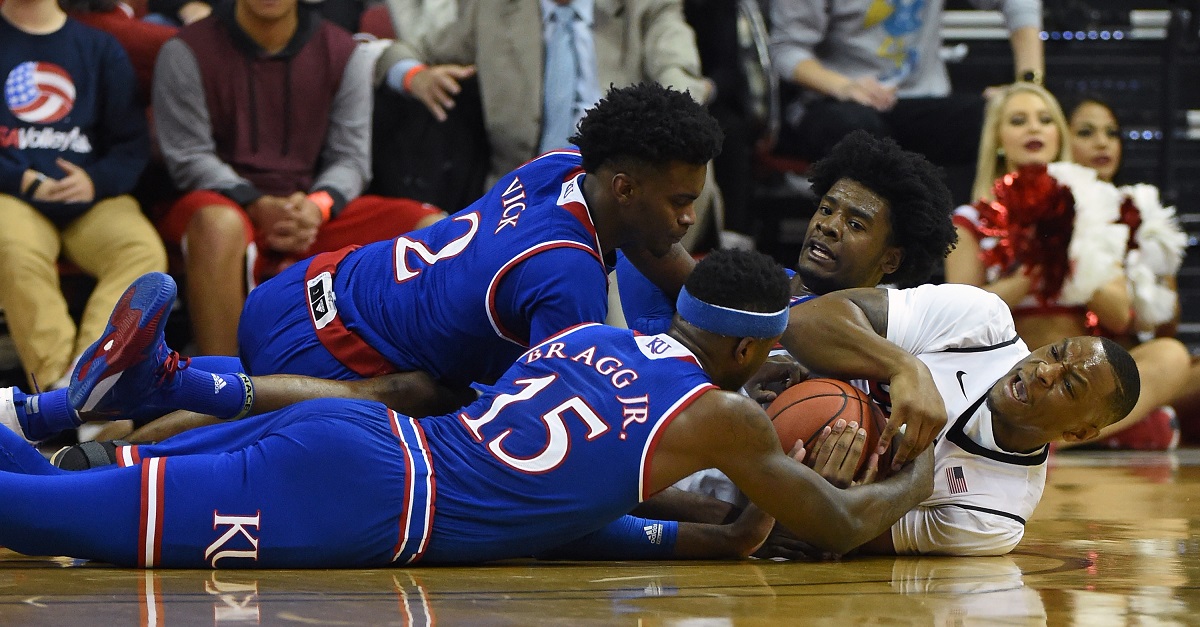 Kansas lost forward Carlton Bragg this offseason after a pretty tumultuous career in Lawrence. The 6’10”, 240-pound power forward was suspended twice in his two seasons on campus and never got the playing time he hoped for. He announced his transfer earlier in the month and now has a top list of schools of where he might go.

He drew a one-game suspension in December after an incident in which he was charged with misdemeanor battery for allegedly pushing a woman down a flight of stairs. The charge was dismissed when video evidence displayed he acted in self-defense.

Bragg was suspended three games in January for a violation of team rules. He was charged with misdemeanor possession of drug paraphernalia and was later granted a diversion agreement to settle the charge.

Bragg averaged 4.4 points, 3.2 rebounds and 0.3 blocks per game in his two seasons at Kansas after the Jayhawks won his services in a huge recruiting battle in the summer of 2015.