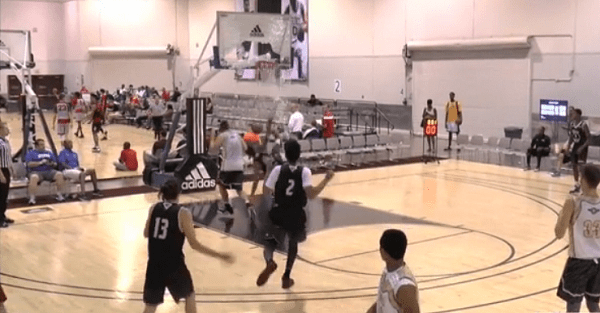 Isaiah Stokes is a four-star forward in the class of 2017 who’s considered the No. 2 recruit in Tennessee. He stands a solid 6’8″ and 220 pounds and he used all of that force to throw down that nasty dunk to break the backboard at the Adidas Uprising tournament in Las Vegas. If you recognize the last name it’s because he’s the younger brother of D-League MVP and former Tennessee Volunteer Jarnell Stokes.

RELATED: D-League teammates fight each other, get ejected

Stokes might only be rated as a four-star recruit now, but that dunk should catch some people’s attention and perhaps vault him up ESPN’s rankings up from his current No. 70 position.