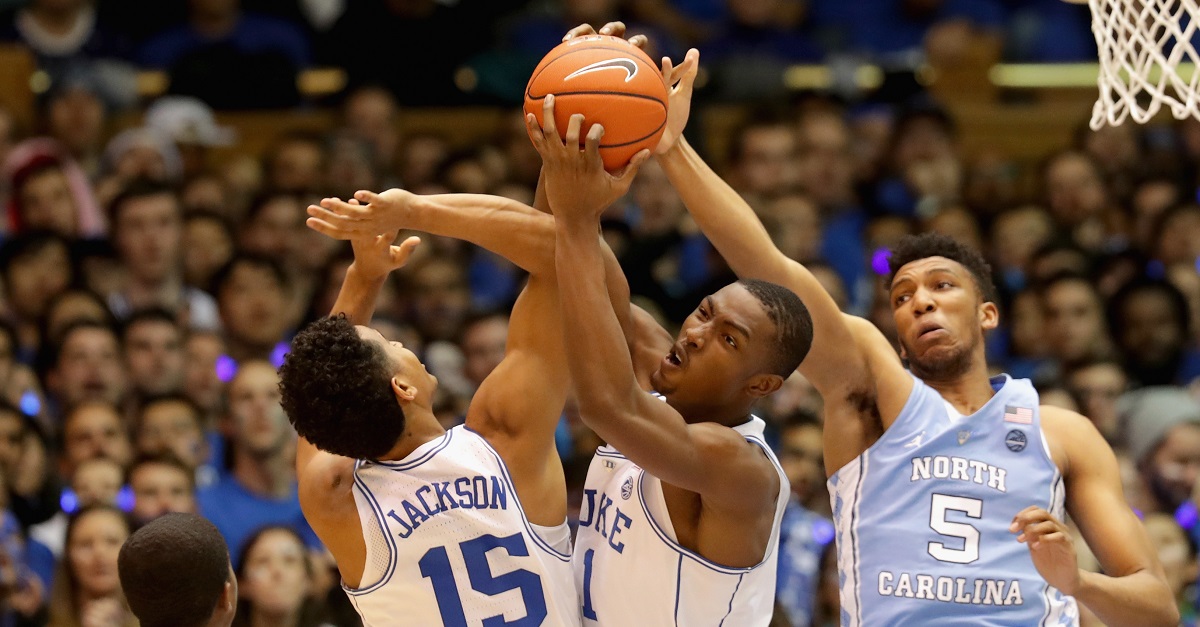 Former Duke and current New Orleans Pelicans point guard Frank Jackson wasn’t exactly in line to get a lot of playing time, but it looks like he definitely won’t get a shot now. He suffered a second foot injury — he had a foot issue ahead of the NBA Draft — and it looks like he will need surgery now.

Sources: New Orleans rookie guard Frank Jackson broke his right foot and will undergo surgery Friday. He had procedure on foot in May, too.

Jackson had a foot injury back in May before the draft, which likely led to a little bit of a drop for him to the No. 31 overall pick. There’s no timeline yet for when he might return, but he required a surgery earlier in the year so that’s a huge red flag going forward. However, the Pelicans have protected themselves with a Prior Injury Exclusion clause according to insider Bobby Marks.