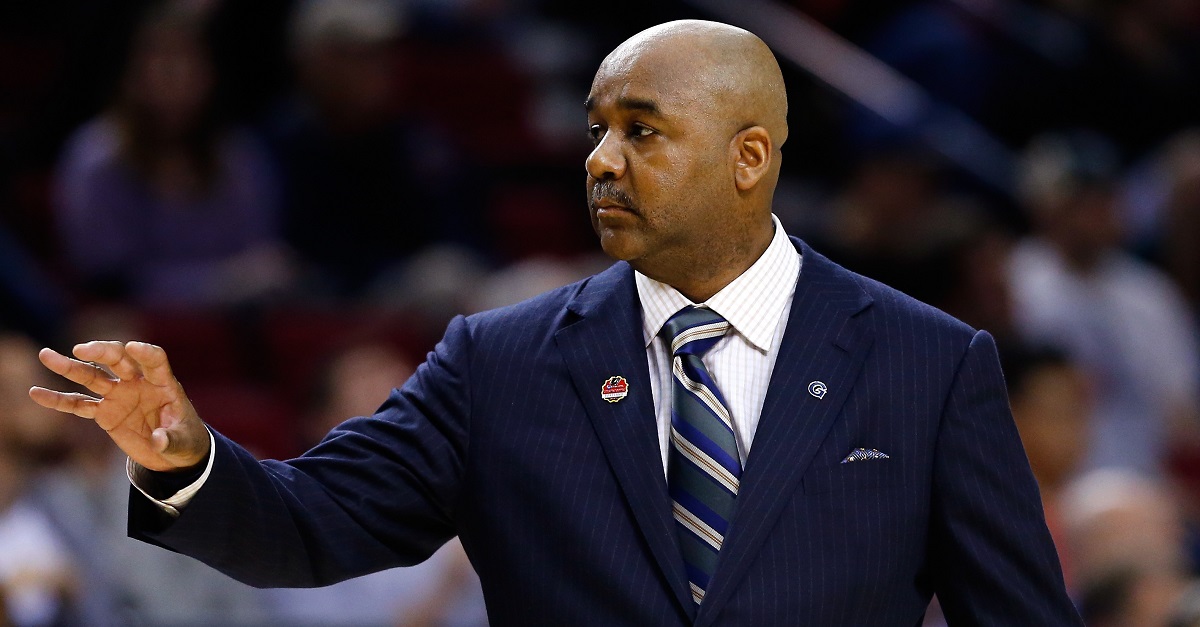 The Georgetown Hoyas have not had the most pleasant last two years with losing records coming in both seasons. However, most people didn’t believe that was going to be enough to oust coach John Thompson III as the coach who has served in the position since the 2004-05 season. Apparently, it was:

And it’s been confirmed:

Georgetown has confirmed that they parted ways with John Thompson III this morning.

Despite taking the Big East Hoyas to the Final Four in 2007 and making the NCAA Tournament eight times in his tenure, it seems that those making firing decisions believed it wasn’t enough. Thompson III has over 325 wins including his time at Princeton and there are some rumblings that Georgetown may already have its next head coach lined up:

One thing I will say: If Georgetown is getting rid of JT3, I would imagine they have a pretty heavy hitter lined up.

That heavy hitter might be school legend Patrick Ewing who has been an assistant coach for several NBA teams the last few years. He is currently an assistant with the Hornets and also worked with the Houston Rockets and Orlando Magic (when they made a run to the Finals).