One school easily has the worst out of conference schedule, and it isn’t close 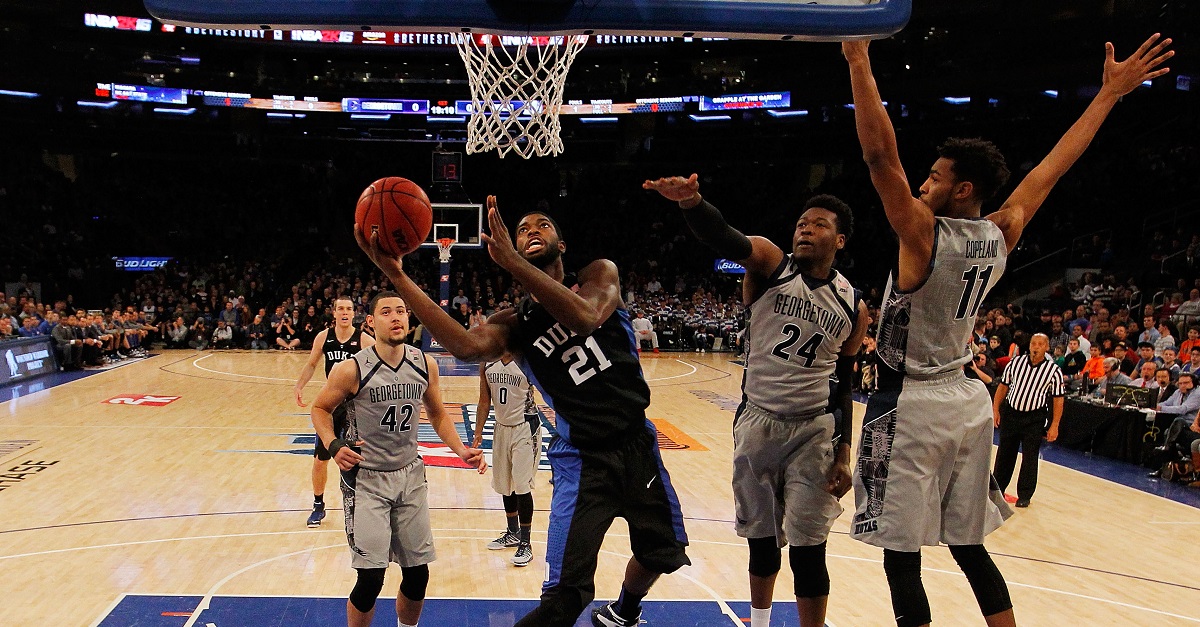 Every year schools have to balance playing games away from home, at neutral sites and against the appropriate level of competition. One program decided this was the year they were going to do none of those things. Georgetown —  under new head coach Patrick Ewing — decided they would play all but one game at home in their out of conference schedule.

Not only do they play one away game, they only play one Power 5 team before their Big East slate. Here is the entire out of conference schedule that features a myriad of would-be cupcakes and an easy fox trot into the NCAA Tournament, assuming they win these games:

The rest of the schedule can be found here in all of its cake walking glory.

It’s easy to understand why a schedule like this comes out. The Hoyas are likely trying to shield Ewing from any potential devastation in Year One of his coaching the team. They give him a ton of home games against what are supposed to be inferior teams and hopefully that can snowball into confidence come conference play.

However, the NCAA Selection Committee has made it clear that the selection process has undergone some changes and that strength of schedule — including where a game is played and the opponent’s BPI ranking— matters when deciding on seeding as well as inclusion in the NCAA Tournament.