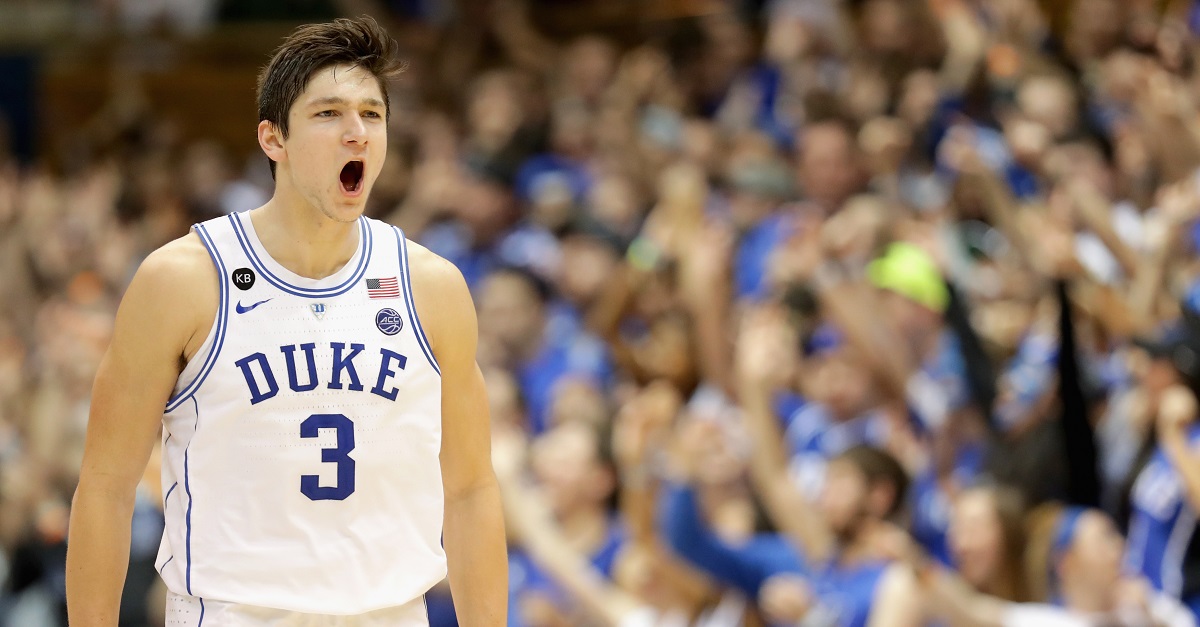 ESPN’s John Gasaway has put together his list of best college basketball players for this season and he is convinced that he will be right this year when he says Grayson Allen will be at the top. Despite some stellar freshmen coming in like Michael Porter Jr., Trae Young and Kevin Knox as well as returning players like Miles Bridges and Bonzie Coulson, Gasaway really believes in Allen to step up his game and prove his worth. Here’s what he said about Allen:

“One year ago I named Allen my No. 1 player in college basketball heading into 2016-17. No, that forecast didn’t turn out so well. If you had told me in advance that Allen would trip opposing players repeatedly and indeed with recidivist zeal I would have been markedly less bullish on his prospects. What has changed now? There will still be Grayson moments, I trust, but I’ll go out on a limb and predict a suspension-free year, one characterized additionally by a heaping helping of featured-scorer minutes and a very high number of makes from beyond the arc. If Trevon Duval is the point guard everyone says he is, that can only help Allen’s candidacy for national player of the year.”