Grayson Allen appears to trip yet another player against Boston College 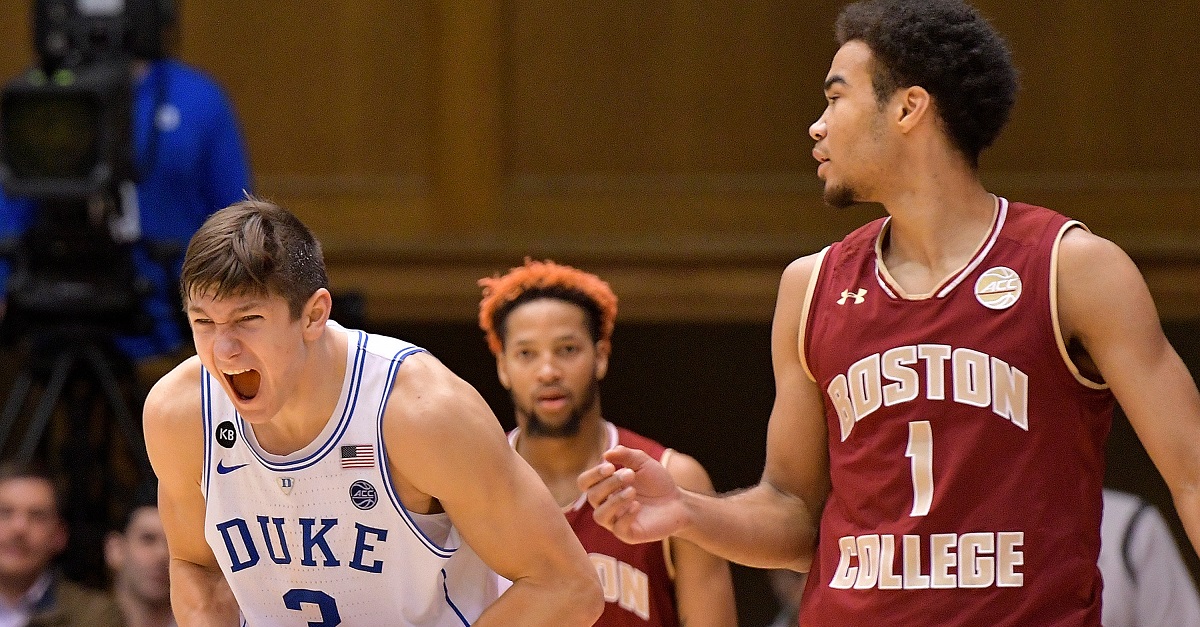 Grayson Allen has garnered a reputation — fairly or not — as a guy who trips other players. That reputation didn’t get any help in a Duke win over Boston College when Allen appeared to trip a player setting a screen on him.

Back at it again pic.twitter.com/NitMsKG7Sb

It looks like he just kind of gets tangled up a bit on the screen and there isn’t anything malicious going on here, but the internet doesn’t want you believing that. Most people are inclined to believe that he was definitely trying to get in on some extracurricular activity, but this is probably an innocent play.