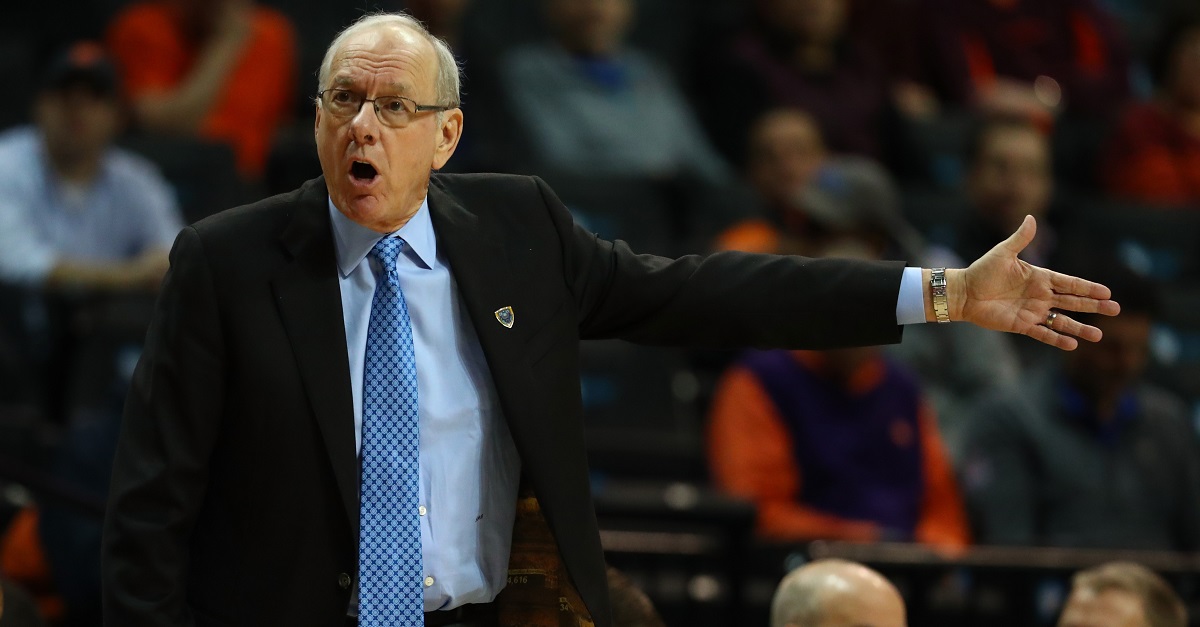 Al Bello/Getty images
NEW YORK, NY - MARCH 08: Head coach Jim Boeheim of the Syracuse Orange in action againt the Miami (Fl) Hurricanes during the second round of the ACC Basketball Tournament at the Barclays Center on March 8, 2017 in New York City. (Photo by Al Bello/Getty Images)

Jim Boeheim upset the college basketball gods when he dissed the entire city of Greensboro where the Atlantic Coast Conference offices are located. After playing and losing in the relocated tournament in Brooklyn he said that the usual host is just not a good place to play.

“There’s no reason to play in Greensboro,” Boeheim said Wednesday. “The only reason they play there is because the league offices are there, it’s always been there, and there are like 150 people who like to have meetings. It should not be there.”

RELATED: Jim Boeheim had quite a conspicuous spot on his pants during an ACC Tourney game

The city of Greensboro ended up getting the last laugh though with this fire tweet:

.@AdamZagoria @ACCSports We kindly disagree. But I guess you can lose in the 1st round anywhere. At least it's a quick ride home.

Nice sense of humor from the NIT to matchup Syracuse and UNC Greensboro. Ole Miss goes on the road. Georgia hosting Belmont. pic.twitter.com/IJnupNlbhg

Well done, NIT, well done. The UNCG folks are probably going to have some fun with signs in that game if they can get up to Syracuse who will be hosting the game.