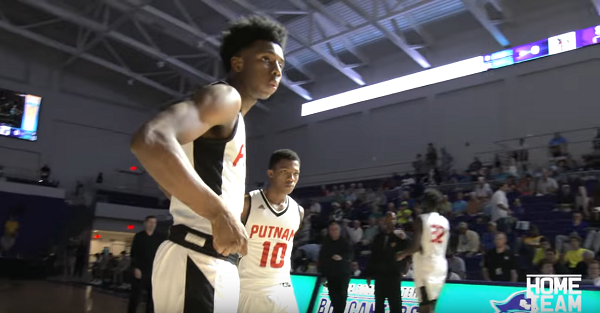 2017’s top shooting guard in Hamidou Diallo was down to six schools and was set to announce his decision on Saturday. He’s finally done it and plans to enroll early at his next school:

While he will be on the roster in the spring, Diallo will not play with the team.

Hamidou Diallo does not plan to play next semester at Kentucky, per sources. Will workout with the team, but not play games.

That should give him an advantage on earning some playing time next season though and get him to proper playing size in the weight room. The 6’5″, 194-pound shooting guard will likely put on some more muscle to get him over 200 pounds and ready to endure a full slate of games against Power 5 and SEC competition.