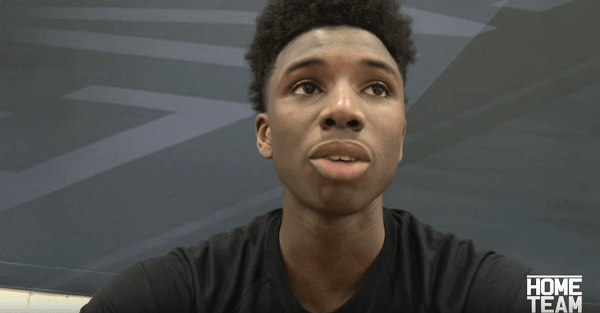 Hamidou Diallo is one of the most coveted recruits left in the 2017 class with six of the top ten players in the class already committed. The 6’5″, 195-pound shooting guard is explosive, super athletic and has 19 offers from a bunch of high-majors so you know he’s legit.

The Putnam Science Academy (N.Y.) standout already has a top six list and now he has an announcement date coming up.

The top shooting guard in the class is crystal balled to go to Kentucky with a small chance of picking UConn. Despite him living in New York, Diallo doesn’t seem to be favoring the Orange at all.