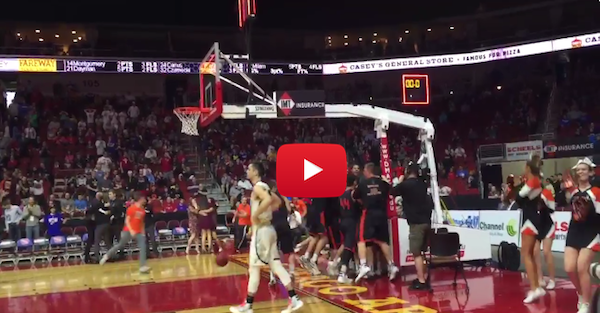 Unlike college basketball, the high school game does not have a uniform shot clock rule. This means that some teams could essentially win a game 2-0 if they held the ball all game and then only took one shot and hit it. That’s the premise of how this high school team won in double overtime.

Valley High School and Pleasant Valley High School were tied going into the double overtime and Valley’s coach decided his team would just take the shot after holding for all of the overtime period. Turner Scott got to the paint and hit the game-winner. If the other team didn’t like it they probably should have fouled to get the ball back. Just a thought.

Scott was also the guy to take the potential game-winners at the end of regulation and the first overtime so it was only natural that the third time was the charm.