Get Paid $1,000 to Watch March Madness on Your Couch 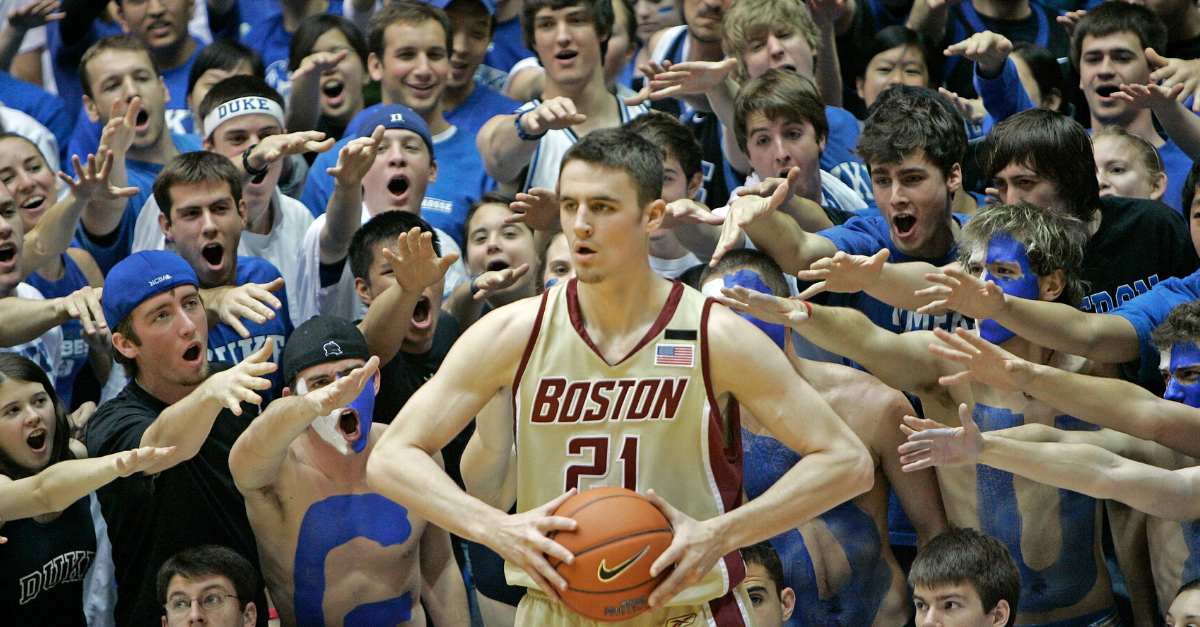 March is the greatest month of the year, and I shouldn’t even have to explain why. March Madness allows college basketball fans across the nation to spend every waking minute of their life consuming the NCAA Tournament’s thrilling games all month. Let’s just hope the coronavirus leaves it alone.

March is when playoff heroes are made. Superstars are born. Last year’s tournament, which included NBA top picks like Ja Morant and Zion Williamson, saw the Virginia Cavaliers win their first ever national championship over the car-flipping, riot-inducing Texas Tech Red Raiders. This year’s tournament is sure to include more cinderella stories, upsets and buzzer beaters.

The only way binge-watching March Madness could get better is if you could get paid to do so. One company is offering just that to a lucky fan this March.

CableTV.com is looking for NCAA men’s basketball’s biggest fan and is willing to shell out $1,000 for them to watch 40 hours of March Madness games from the comfort of their couch. Oh, the horror! The company said that’s about 17 games worth, which comes out to $50 per game. That’s easy money for those already planning on tuning in anyway.

The catch is that the lucky fan will have to post to social media while following along. It comes with a free three-month subscription to SlingTV, an AirTV, a mini a dry-erase bracket board and a CableTV shirt. All “work” is remote and applicants must be at least 18. Head on over to their website for more details.

You'll probably (definitely?) watch 40 hours of #NCAA hoops during #MarchMadness. Now, @CableTV will pay you $1,000 to do so.

This year’s tournament kicks off on Tuesday, March 17 and concludes on Monday, April 6. Kansas, Gonzaga, Baylor and Dayton are all expected to land No. 1 seeds during Selection Sunday and are considered the favorites to win the tournament.

Now, what channels will the NCAA Tournament be aired on and how can fans watch without cable? Here are your options:

How To Watch March Madness

“There’s not a better three weeks in sports." 🙌

What does #MarchMadness mean to you? pic.twitter.com/7hTx4FDfGa

The easiest way to watch every March Madness game is going to be flipping on the TV to whichever channel the you’re looking for is on. Like last year’s tournament, the 2020 NCAA Tournament will be broadcasted on four main channels: CBS, TBS, TNT and TruTv. Don’t expect to find any games on ESPN.

The First Four round will air exclusively on TruTv, while all four channels will carry games from the First and Second Rounds of the tournament. Catch the Sweet 16 and the Elite 8 on either CBS or TBS. Finally, TBS will air the Final Four and the National Championship game.

Here’s an easier way of looking at the schedule:

How to Stream March Madness Online

For those looking to watch March Madness action on screens like phones and computers, the NCAA March Madness Live app will be your best friend.

The NCAA’s official app is a cross-platform service offered by Turner Broadcasting, CBS and the NCAA that gives fans access to all 67 live games. You can also make picks, follow the bracket in real-time and check scores, stats and highlights.

NCAA March Madness Live is available on the app store for Apple devices such as the iPhone, iPad, Apple Watch and Apple TV. It’s also available on Android and Amazon devices as well as Android TV, Amazon Fire TV, Roku, Xbox One, Oculus VR and NCAA.com. It’s not available on Playstation Vue, which was discontinued in January.

The app works by signing into your TV provider. Pick from one of AT&T U-verse, Cox, DirecTV, Dish, Optimum, Spectrum, SuddenLink, Verizon FiOS or Xfinity and you’re all set.

Mobile device users can also download the app and play games on TV using AirPlay, Google Cast and Chromecast. According to the NCAA website, Google Cast is enabled on iOS 8.0 or later iPhones, iPads, and iPods, Wi-Fi-enabled Android 4.1 or later smartphones and tablets.

How to Watch March Madness Without Cable

Streaming March Madness at work and see your boss approaching? That's what the "Boss Button" is for! pic.twitter.com/LuzYVaf8hI

No cable provider login? No worries. Cord cutters can still get their fix of March Madness, too.

All four channels that will be airing this year’s games (CBS, TNT, TBS and TruTV) are all available without cable on plenty of live TV streaming services that are cheaper than cable anyway.

FuboTV may be the best option. The service allows access to CBS, TBS, TNT and TruTV and offers more than 75 channels for just $55 per month without a contract. It can also be used on streaming devices, mobile devices and computers. Plus, there’s a seven-day free trial.

Hulu with Live TV is also an option. It includes all four March Madness channels and costs the same per month as a fuboTV subscription. Like the service mentioned above, you can try it out for free for seven days. The only difference between the two is fuboTV features more sports channels.

Other options include Sling TV, which is just $30 a month but doesn’t include CBS. Youtube TV has all four channels and is $50 a month. The cheapest cord-cutting option is CBS All Access, which live streams the CBS games only and costs $5.99 per month. Pairing Sling TV and CBS All Access would be the cheapest method.

How to Watch March Madness For Free

NCAA® March Madness® tips off next week, and we're here to help you be the talk of your office's bracket pool! With a Live TV plan, you can watch 68 teams battle it out for the final two spots. #huluFAQ

🏀 Click here to learn how to watch it all on Hulu: https://t.co/EkOObSYnrn pic.twitter.com/Vx3h28iQbo

Watching every March Madness game for free is going to be tricky, but it can be done.

The NCAA March Madness Live app will give viewers a three-hour preview pass. That’s enough for one game, but the app will ask you to sign in with a TV provider after that’s expired.

After that, one’s best bet might be signing up for a free seven-day trial of fuboTV (which requires no contract) and then canceling it right before it expires, unless you find you like the service.

Hulu Live TV, Youtube TV and Sling TV all also offer seven-day free trials, which means you could sign up for each of them a different week. Each of them offer all four channels except for Sling TV, which doesn’t carry CBS. Just remember to set a reminder to cancel the subscriptions if you don’t plan on using these services after!