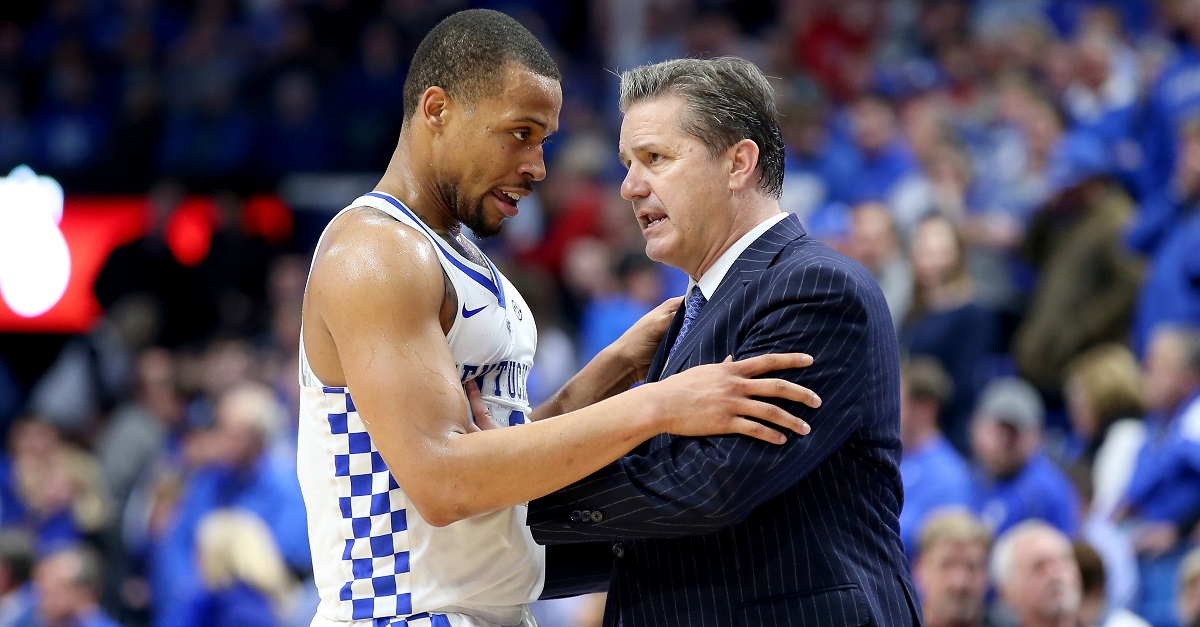 Andy Lyons/Getty Images
LEXINGTON, KY - JANUARY 28: John Calipari the head coach of the Kentucky Wildcats gives insturctions to his Isaiah Briscoe #13 against the Kansas Jayhawks during the game against at Rupp Arena on January 28, 2017 in Lexington, Kentucky. (Photo by Andy Lyons/Getty Images)

The Florida Gators put the beatdown on the Kentucky Wildcats Saturday night in front of a packed O’Connell Center crowd and on a primetime ESPN time slot. The Gators gave UK its worst lost as a top-10 team since 1992 with a 88-66 thrashing.

RELATED: Kentucky goes down in epic fashion as part of upset-filled day

It might have been spurred on by one of Kentucky’s own though as it seems point guard Isaiah Briscoe was doing some trash talking in the middle of a game his team was losing.

The Gators were the more physical team all night as they recorded seven blocks to Kentucky’s three and outrebounded the ‘Cats 54-29 with 17 of them coming on the offensive glass. Kasey Hill scored a career and game-high 21 points while dishing out six assists and grabbing five rebounds as well. Maybe Briscoe will reconsider talking trash in a game where his team didn’t lead at all and was led by Florida for 39 minutes and 37 seconds of the game.

Briscoe only scored six points and had four turnovers on the night while going 3-of-10 from the floor.