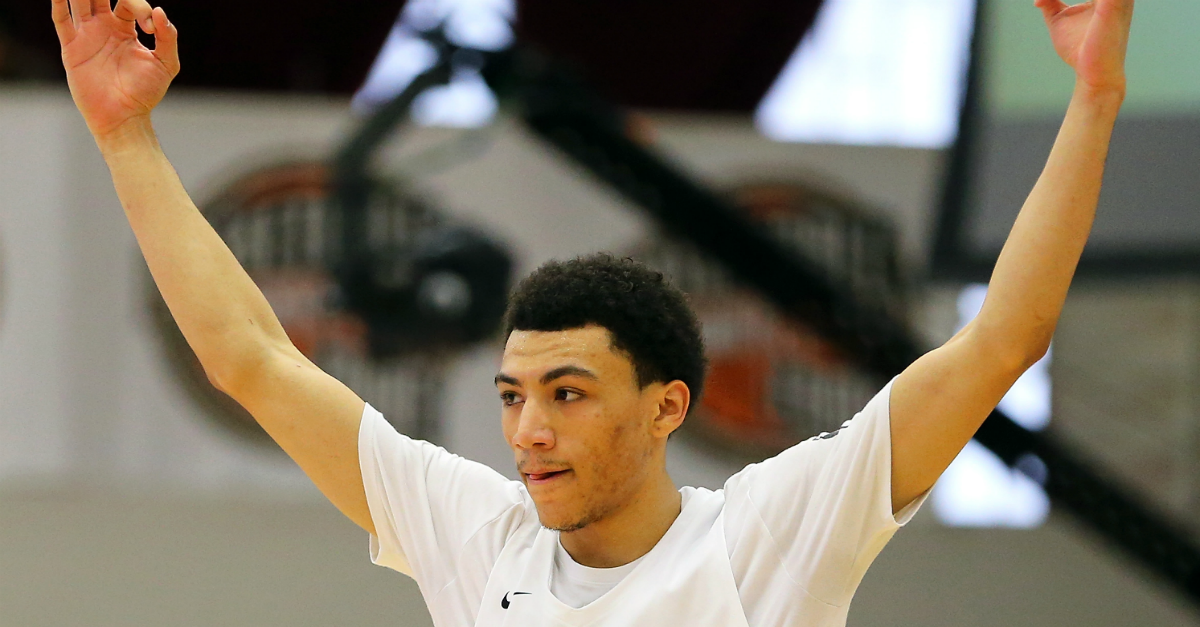 Jahvon Quinerly, a five-star point guard prospect out of the 2018 recruiting class, has committed to the Villanova Wildcats.

Previously committed to the Arizona Wildcats, Quinerly — who was not directly named in the FBI probe — was recruited at Arizona by assistant coach Emanuel “Book” Richardson, one of the four assistant coaches arrested in the investigation.

For what it is worth, FBI documents allege a $15,000 bribe from Richardson to a Player-5 was in the works. That unnamed talent “verbally committed to attending” Arizona “on or about August, 9, 2017.”

Quinerly committed to Arizona on Aug. 8.

You can do the math and/or crazy speculation on your own.

Quinerly will need to get cleared by the governing body of college sports. Villanova, on its end, is said to have looked into the point guard’s situation and feel confident that he will be eligible to play next season.

Other programs across the country, in this season, have taken the precautionary route by benching players even if only slightly linked to any missteps. Auburn’s Austin Wiley and Danjel Purifoy, USC’s De’Anthony Melton and Louisville’s Brian Bowen, have all been sidelined this season following the FBI becoming a thing in college hoops.

Those were university decisions.