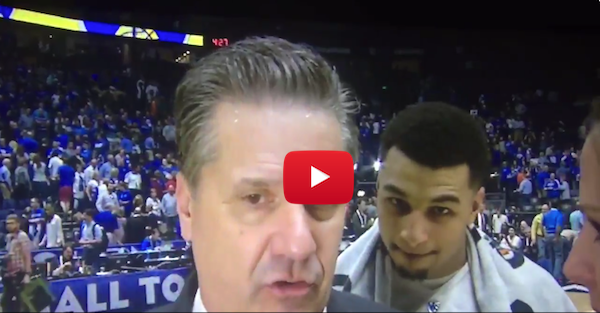 Kentucky players were feeling pretty good after the 93-80 win over Georgia. Jamal Murray was definitely one of them considering he poured in 26 points and six rebounds. In the postgame on-court interview with coach John Calipari, Murray decided it was his time to shine and throw some videobomb shade at his coach.

Calipari kept answering the question though and even took a poke at his guy in the process. That’s how you improvise on the fly.