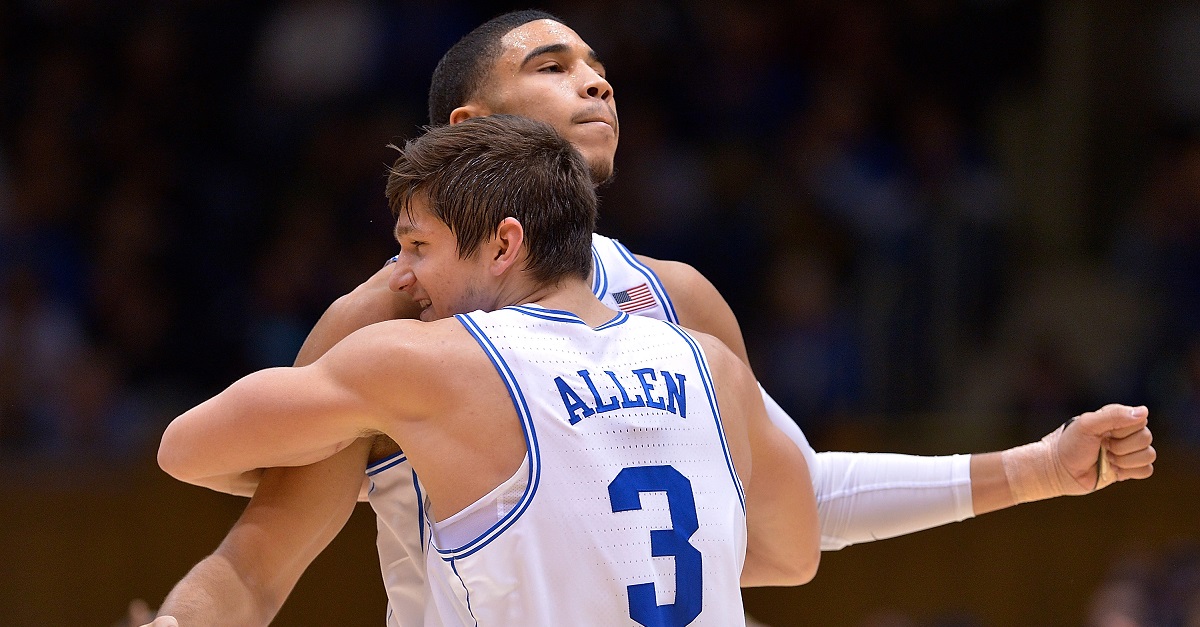 Former Duke great Jay Williams is a blatant supporter of the hoops program and makes no bones about it on television when he covers games. However, he does hand out criticism when it’s appropriate and the incidents with Grayson Allen tripping players would certainly qualify.

And Williams was particularly upset with Coach K and the school when they said that Allen would come back after only missing one game in which Duke lost. He took to Twitter to vent his frustration and blame the conference for not stepping in.

Regarding #Duke , I can only look at the #ACC for not properly reprimanding Allen. This is on the commissioner John Swofford. @espncbb

Allen came back after a one-game suspension and scored 15 points and dished out seven assists to lead Duke to its biggest ACC win ever with a 110-57 victory over Georgia Tech. Williams makes a good point that the ACC should have at least considered stepping in on  such a weak suspension, but it’s also the coach’s right to discipline his players how he sees fit.

Is Jay Williams right on this one? Vote in the poll below: