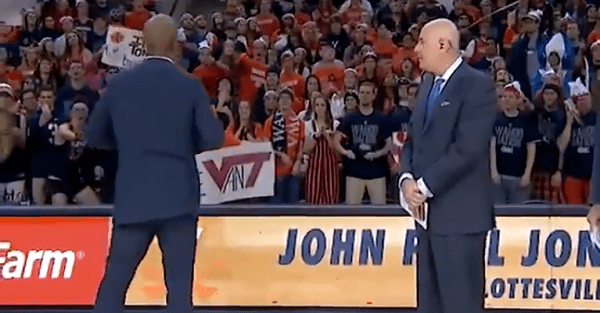 ESPN analyst Jay Williams likes to get into it with the crowds at each College GameDay he goes to and that was the case again in Charlottesville for the Virginia-Virginia Tech game. However, he’s got a new national championship prediction and it’s a good one considering the team he picked is probably going to become the new No. 1 team in the country.

Not only is J-Will picking the Cavs tonight, but … pic.twitter.com/PRIKIlocBK

Williams originally had Purdue as his national champion, but their recent troubles obviously has him thinking about Virginia as his top dog. The Cavaliers only have one loss on the season and are undefeated in conference play so far.