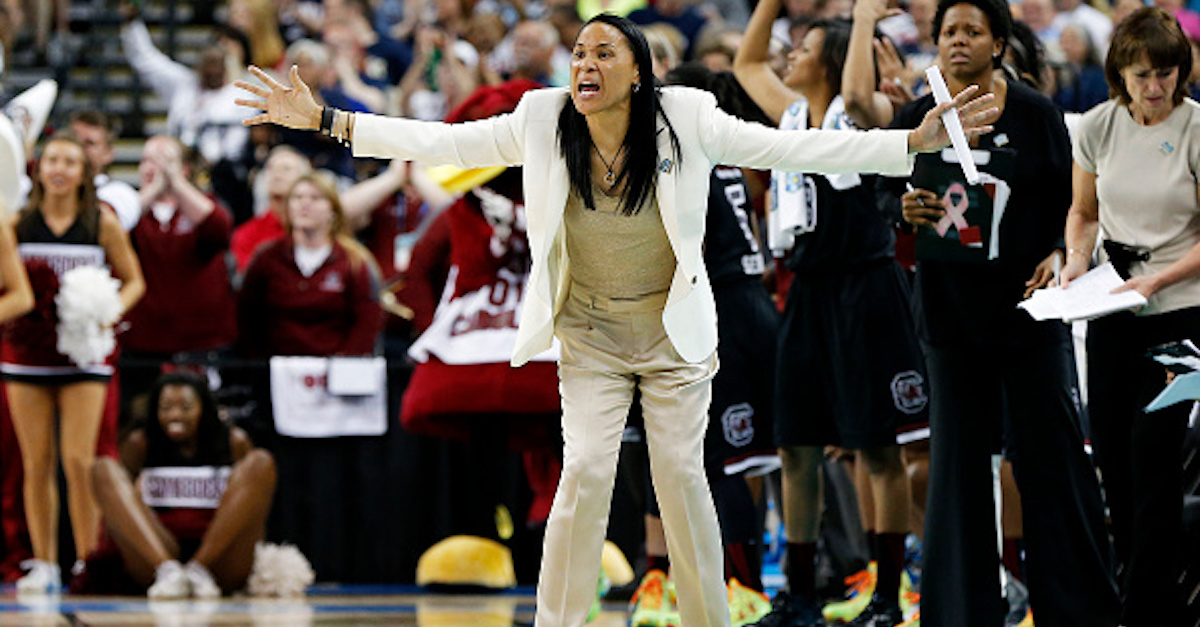 In fact, he went straight after the Gamecocks’ head coach, Dawn Staley, for promoting an atmosphere where fans were able to get away with less than sportsmanlike actions.

Specifically, Sterk told a radio show on South Carolina radio, KTGR, that his players were spat on and called derogatory, racist names after the game.

“It wasn’t a great atmosphere, he said. It really was kind of unhealthy, if you will. We had, you know, players spin on, and called the “n-word,” and things like that. I mean it was not a good environment, and unfortunately I think, you know, Coach Staley promoted that kind of atmosphere, and it’s unfortunate that she felt she had to do that.”

#Mizzou Athletic Director Jim Sterk didn't pull punches when talking with us about the treatment the Tiger #WBB team received at #SouthCarolina on Sunday.

Sterk was specifically talking about alleged misconduct by South Carolina fans after the game.

According to a report from ESPN, South Carolina athletic director Ray Tanner reviewed the allegations, saying that they couldn’t confirm reports coming from the Missouri side of things:

“The commitment to a secure environment for everyone at our home games, including fans, student-athletes, coaches and staff from the home and visiting teams is of the utmost importance,” Tanner said in a statement. “In anticipation of this rivalry game, the athletics department provided security for the Missouri basketball team, above its standard operating procedure. Upon hearing the accusations regarding our crowd’s behavior towards the Missouri team, the athletics department conducted a review of our operations from the game, including interviews with staff and security personnel. In this review, we received no confirmation of the alleged behavior directed at the visiting team by fans at the game.”

For what it’s worth, Staley also commented on the matter, taking the side of her fans:

South Carolina and Missouri, two SEC programs, have the opportunity to meet again this season in the SEC basketball tournament.