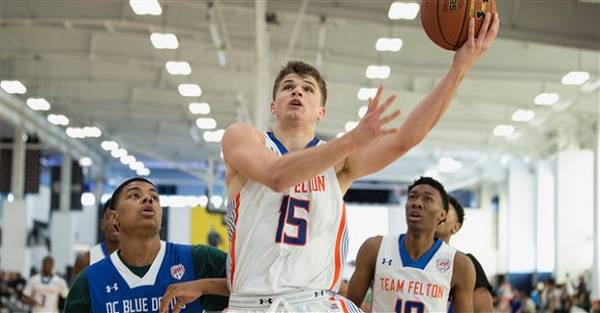 Five-star power forward Joey Baker might be in the class of 2019, but he’s already decided where he’s headed to school to play his college ball. He made the announcement via Twitter that he is headed to a traditional blueblood.

The 6-foot-7, 195-pound forward out of North Carolina is ranked as the No. 3 player at his position and No. 13 recruit overall in the class of 2019 according to ESPN. He also had offers from Tennessee, St. John’s, Louisville, Texas and UCLA among others.