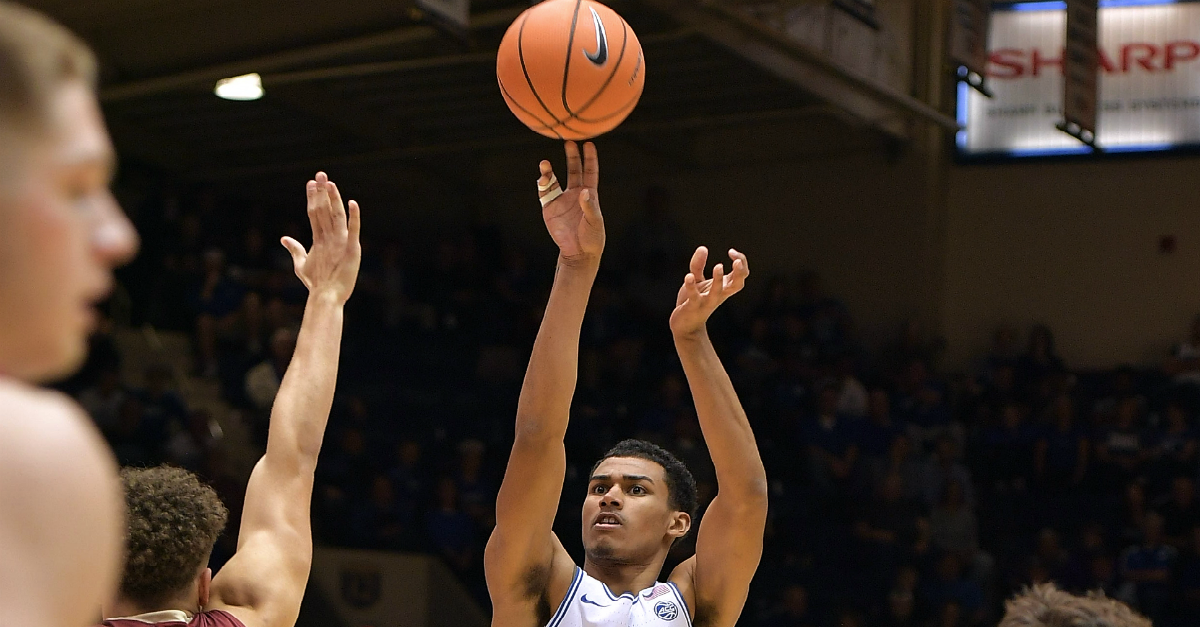 Jordan Tucker was ranked 40th nationally by ESPN and 68th by Rivals in the 2017 recruiting class. A late commitment to the Duke Blue Devils, it was announced at the end of last year he would be transferring out of the program.

Now, he’s apparently already down to just two schools, and will be making his announcement on Monday.

According to Jeff Borzello of ESPN, Tucker will either transfer to the Georgetown Hoyas or Butler Bulldogs.

Duke transfer Jordan Tucker tells ESPN he will announce his next school on Monday. He's deciding between Georgetown and Butler.

At the time of his release from Duke, Coach K released the following statement:

“We support Jordan and his family’s decision,” Duke coach Mike Krzyzewski said. “We appreciate his commitment to Duke during his time here. Jordan represented our program well and we wish him the very best moving forward.”

This appears to be a player who saw a minimal role with the Blue Devils, then decided it would be best to go elsewhere to a program that would provide him with far more time on the floor. For either Butler or Georgetown, landing Tucker would be a rather big deal.

Both programs have scholarships available for next season’s recruiting class. Adding Tucker would be no logistically difficult for either program.