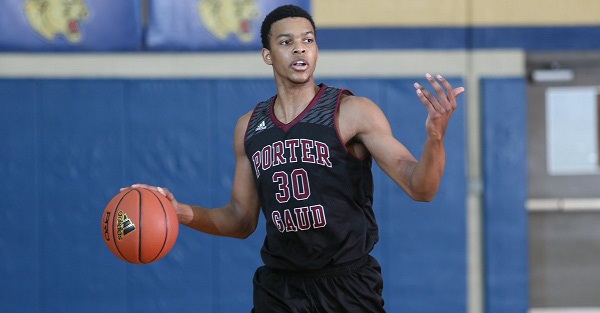 Five-star basketball recruit Josiah James says five schools have been working the hardest for his recruitment.

While James has received close to 20 offers, he said in an interview with Zags Blog that Clemson, Florida, South Carolina, Texas and Virginia have been working hard for his recruitment.

He believes Clemson has been the school that he has visited the most:

“Coach [Brad] Brownell and his staff are great, just like South Carolina. They want me to come in freshman year and have a large role with playing time, doing the dirty work. That’s something that I’d really look forward to.”

James, a 6-foot-6 junior point guard from South Carolina, is rated as a five-star recruit by ESPN in the class of 2019. He is rated as the No. 4 player at the point guard position and the No. 23 overall prospect from that class. He also has offers from Xavier, Wichita State, Auburn and Georgia Tech among others.

James says a decision will likely be made prior to his senior season.