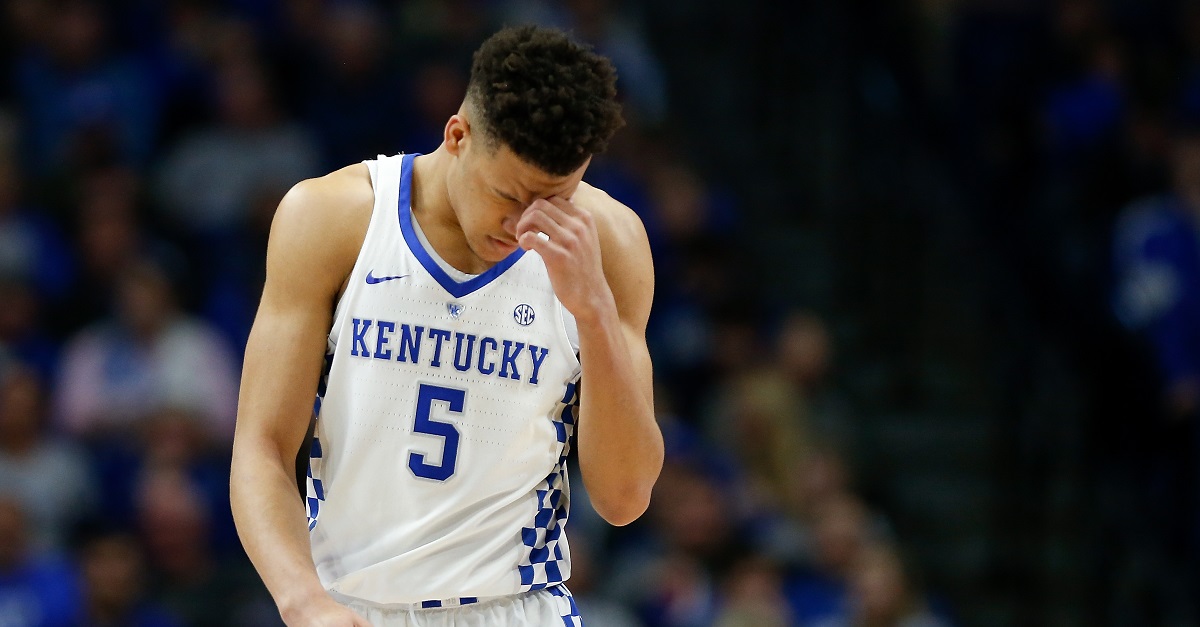 This college basketball season has been one of the more wild ones in recent memory with no unbeatens left even a quarter of the way through the season. But there’s also been some baffling losses and incredible wins from lowly teams. That includes three games on Saturday’s slate that were all done before 3:00 pm!

Kansas lost to Oklahoma State (84-79), Kentucky lost to Missouri (69-60) and Duke lost to St. John’s (81-77). All three of those opponents were unranked and the last time that something like that happened was almost 60 years ago.

Took a little while to find, but https://t.co/L6yLzpWIz2 came in clutch.

However, you don’t have to go that far back to find the last time that all three lost on the same day regardless of opponent.

Granted, Kentucky was unranked and this has to be one of John Calipari’s worst teams he’s had in a long time. The same could be said of Bill Self’s Kansas team that refuses to play any defense this year. However, Duke losing to a team that hasn’t even won a conference game makes little to no sense so for this to happen again at all is pretty incredible.