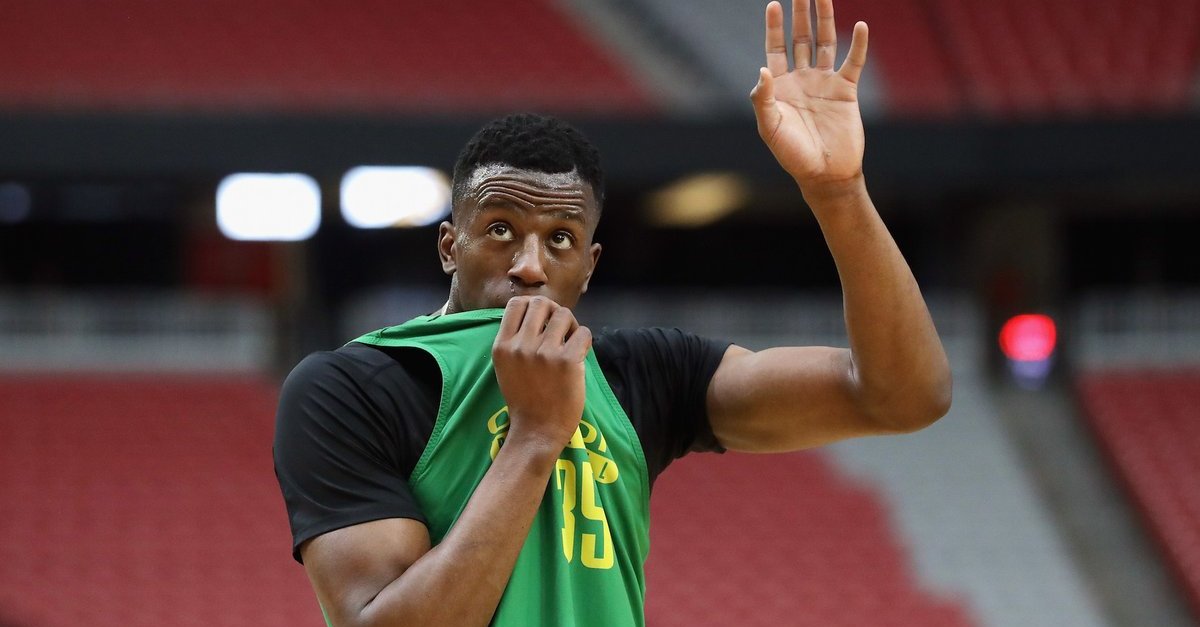 The University of Oregon is under fire after a report said it allowed one of its basketball players to play all of last season even though he was under investigation in an alleged sexual assault case.

Kavell Bigby-Williams, a 7-foot center, has been under investigation by campus police for a community college in Wyoming since September 19 for an alleged  sexual assault near Gillette College, where he was a student before transferring to Oregon.

The news of the allegation was first reported by the Daily Emerald, the Oregon student newspaper. What Oregon knew and when is confused at best.

The university President, Michael Schill, told the Daily Emerald he didn’t know about the allegation and wouldn’t comment, except to say:

“I don’t have any awareness of that. In any event, I can’t comment on an individual student. What if I was asked by another reporter about you being obnoxious? Would you want me to tell them that?”

Then, Oregon released a statement that said Northern Wyoming Community College police asked for University of Oregon police’s help in interviewing Bigby-Williams, but through his attorney, he declined. You can read the police report here.

The statement, obtained by the Oregonian, said it would be “inappropriate” for Oregon police to share the details of an investigation is wasn’t leading, and the information about the allegation wasn’t shared with the coaching staff to “protect the integrity  of the investigation.”

Bigby-Williams has announced he’ll  transfer to LSU. But since he’s not enrolled yet, LSU wouldn’t comment on the report, according to SECCountry. No one knows whether the LSU staff knew of the investigation.

He averaged three points, 0.7 blocks and 2.8 rebounds per game for Oregon last season and he’ll have to sit out a year since he transferred. He has one year of eligibility remaining.