Five-star SG Keldon Johnson has officially made his commitment 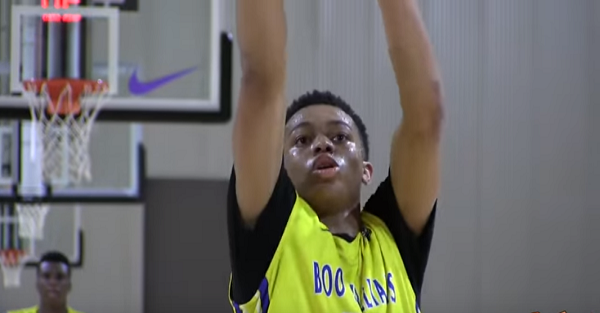 Five-star shooting guard Keldon Johnson was down to Kentucky, Texas, Maryland and N.C. State in his recruitment and now he’s made his decision. Here is the announcement:

The 6-foot-6, 205-pound becomes Kentucky’s highest ranked recruit as he’s the No. 7 overall player and No. 3 shooting guard in the class of 2018 according to ESPN. Johnson had planned to make his decision during the early signing period and it looks like he followed through with it. Kentucky also has point guard Immanuel Quickley committed for 2018.

He also had offers from Florida, Georgia Tech, Florida State, Indiana, Louisville and Ohio State among others.