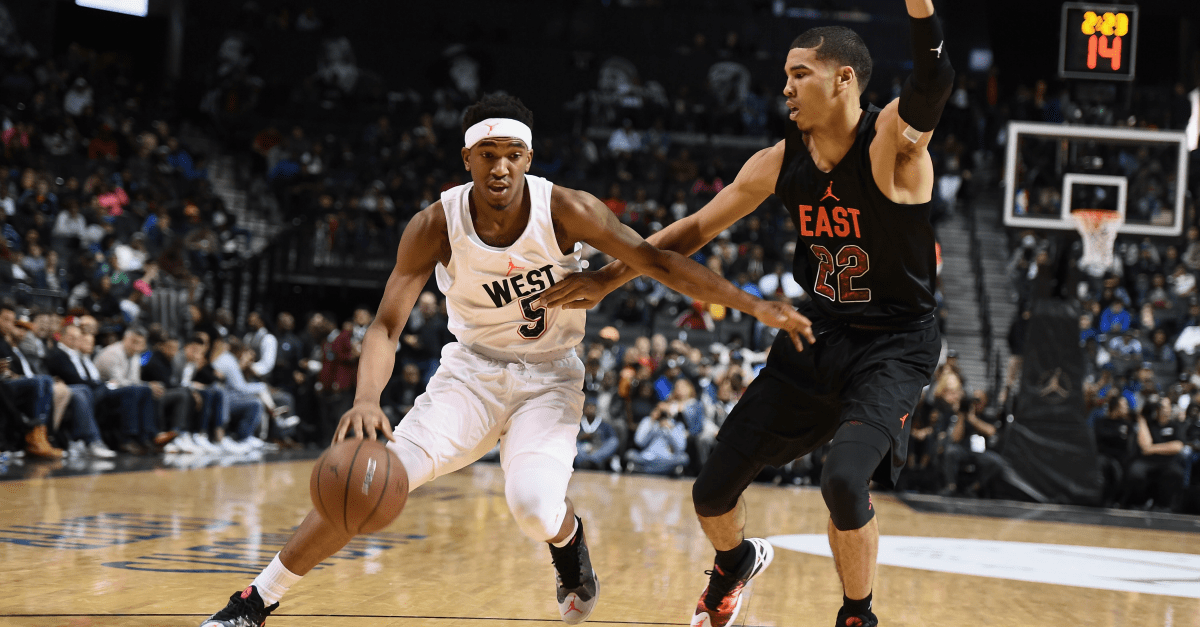 Kentucky assistant coach John Robic was on the SEC teleconference call on Monday and had some seriously high praise from Robic during his brief call. He said all 15 players have been on campus for about three weeks now and he sees the hard work coming together for this young Wildcats squad.

?Workouts have been going great. Guys have been in the gym,? Robic said. ?I think it?s a hungry group that is really, really getting along very well right now, which is really encouraging to see so early.?

RELATED: One of UK’s newest freshmen throws down nasty dunk during camp

That’s good to hear on the chemistry front for this team and it bodes well considering how much more depth the Wildcats should have this year even with three guys getting drafted in last Thursday’s NBA Draft. While last year’s team struggled around the rim because of height or strength issues, Robic says this year’s team will definitely not have that issue.

?They?re a great group of young men that are really, really talented ? very, very athletic. We have really good size with this group that is in here right now. You can really tell a difference in the size of our team with the addition of the freshmen class.”

That makes for some tougher workouts and scrimmages as well, which is definitely something Robic and the staff like to see.

“I think it?s going to help us become ? again, another staple of what we have ? a really good defensive team because of how long we are, and we?ll be able to challenge a lot more things at the rim. You have good speed, really good skill. It?s a fun group to watch so far.?

Don’t forget that Wenyen Gabriel is 6’9″, Bam Adebayo is 6’9″ and Sacha Killeya-Jones is 6’10” so there will be plenty of height and length protecting the rim this year. With the perimeter defended by a tenacious guard like Isaiah Briscoe and with help from Malik Monk and De’Aaron Fox.

With that in mind and knowing that there’s plenty of work to be done ahead, Kentucky fans will likely be drooling by the time November comes around. The talent and potential that is oozing out of this team is only matched by that of Duke’s 2016 recruiting class and hopefully we get a meeting of the two in the NCAA Tournament as the ‘Cats will play blue bloods like UNC and Kansas this year so why not round it out with another blue team to face?