Kentucky clinches share of SEC title with win over LSU 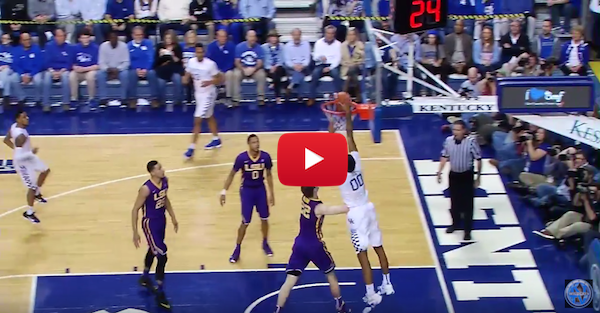 Five Wildcats finished in double-digit scoring with Marcus Lee getting a double-double off the bench with 12 points and 10 rebounds. Alex Poythress had 12 points in his last game at Rupp Arena and Jamal Murray scored 22 for yet another 20+ point performance this season. Skal Labissiere had one of his best games of the season pouring in 18 points, nine boards and six blocks (with many others altered). Tyler Ulis was incredible as usual with a 14 point, 14 assist, five rebound game.