Kentucky clobbers Alabama to stay ahead of the SEC pack 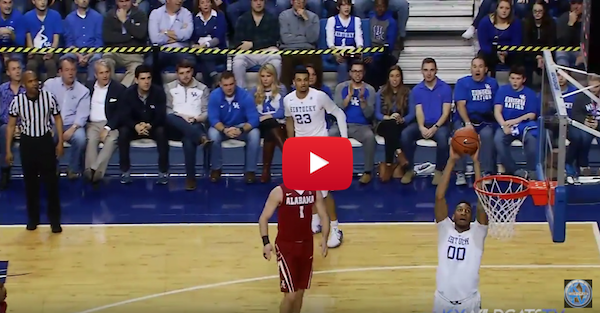 Despite making only two shots from beyond the arc, Kentucky found a way to win and did it from everywhere else. They made 22 free throws and only let Alabama get to the charity stripe 18 times (they made 13 freebies). The Crimson Tide also only made 17 total shots compared to Kentucky’s 27. UK also had eight more rebounds on the night to help get the win. Kentucky next plays at Vanderbilt on Saturday.