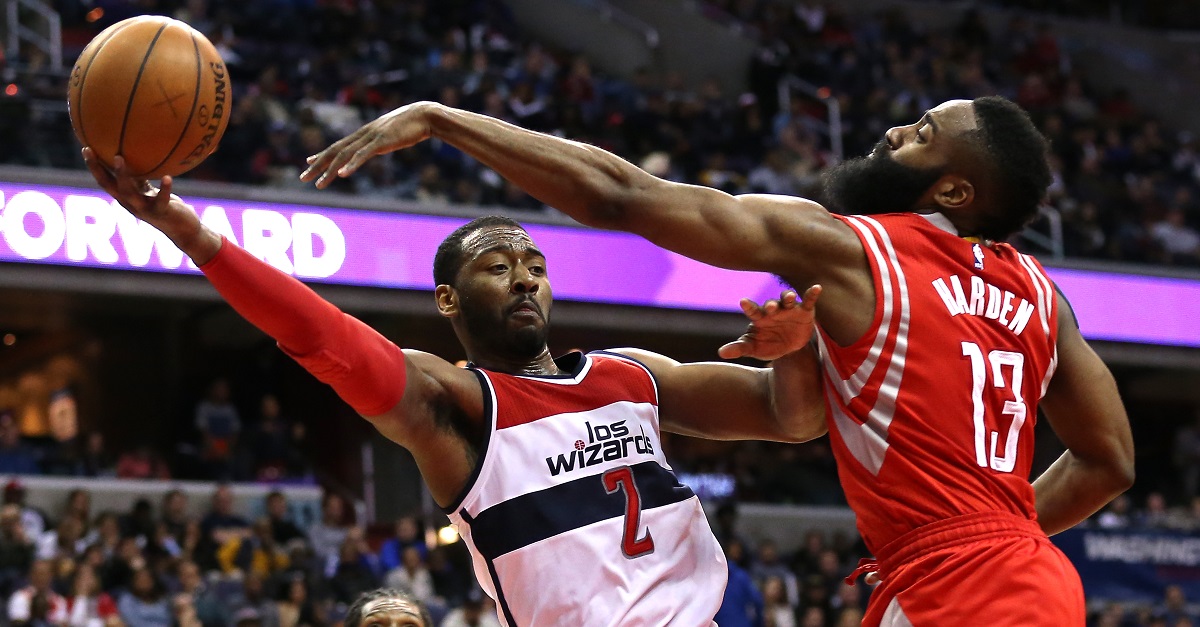 Patrick Smith/Getty Images
WASHINGTON, DC - MARCH 29: John Wall #2 of the Washington Wizards is defended by James Harden #13 of the Houston Rockets in the second half at Verizon Center on March 29, 2015 in Washington, DC. NOTE TO USER: User expressly acknowledges and agrees that, by downloading and or using this photograph, User is consenting to the terms and conditions of the Getty Images License Agreement. (Photo by Patrick Smith/Getty Images)

RELATED: Coach Cal says this PG is his best ever and it isn’t John Wall

The two are combining for 38.2 points, 3.1 steals, 7.6 rebounds and 8.8 assists per game. Wall went on to say what was most impressive with their games:

“They?re explosive, can shoot the ball, and are playing well. It?s exciting for me this year because I get to see them a lot because they play for Kentucky and are always on TV. Me and De?Aaron built a bond last year. When we were in Houston, I got there a day early and went to go watch him play in high school. I?m excited the way they?re doing and can?t wait to see them get to the pros.?

It’s early, but both players are mocked to go in the lottery come the NBA Draft. Monk is generally a higher pick than Fox because of his shooting ability — a premium in the league nowadays — but there is still plenty of time for their draft spots to change.