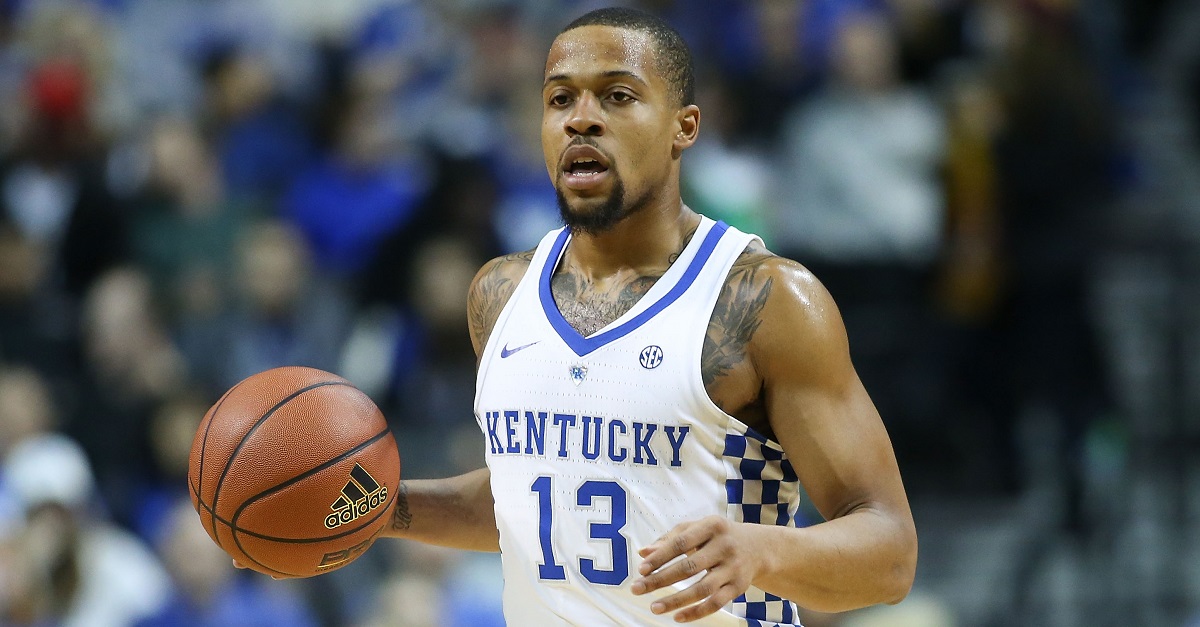 It looks like the accomplishments continue to rack up for the Kentucky Wildcats.

After only one triple-double in the entire history of their program, Kentucky has now had two this season. De?Aaron Fox had one last month, and now Isaiah Briscoe has one on his résumé after a 19-point, 11-assist, 10-rebound performance against Ole Miss on Thursday.

Nope, that wasn't a dream. We got ANOTHER triple-double last night, this time from Isaiah Briscoe. 👏 pic.twitter.com/euzeowP3y8

Chris Mills had the first triple-double in Kentucky history back in 1988.

The performance is just the latest in what has been a breakout season for the sophomore guard. Briscoe is currently averaging over 15 points per game on 51.7-percent shooting, in addition to averages of over four assists and four rebounds per game.

Briscoe wasn’t the only one with a strong performance on Thursday; star freshman Malik Monk scored 34 points in the 99-76 rout as Kentucky moved to an 11-2 record on the season.