Kentucky just hung a ridiculous 156 points on some poor team 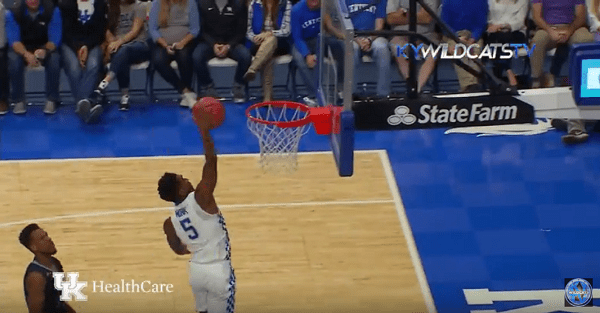 Kentucky found a couple of cupcakes to beat up on for exhibition games, but no one saw this kind of beat down coming. The Wildcats hung 156 points on Asbury and only allowed 63 total for almost a 100-point differential! It looks like this Kentucky team might already be in midseason form.

RELATED: We’ve got our first look at Kentucky’s super star team this year in exhibition blowout

Eight players for Kentucky scored in double figures and they were led by Mychal Mulder’s 20 points and 11 boards in only 19 minutes. No one else played more minutes than that during the night and just about everyone on the bench got some time in the game before the real regular season starts.

RELATED: Kentucky’s Big Blue Madness featured one of the greatest announcers in the business