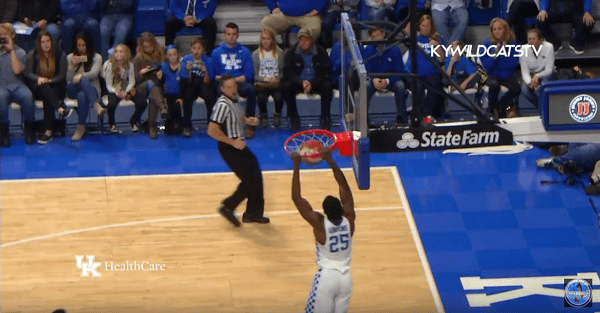 Kentucky only made four of its 16 three-point attempts against Canisius and was only up 11 at halftime, but clearly made some adjustments to end up winning the game 93-69. The Wildcats had four of their starters in double figure scoring led by De’Aaron Fox’s and Isaiah Briscoe’s 21 points apiece.

Malik Monk chipped in 16 points, two assists and four rebounds. Bam Adebayo had 14 points and 11 rebounds to go with his three blocks while a bunch of the bench squad got in the game and contributed a little bit here and there.