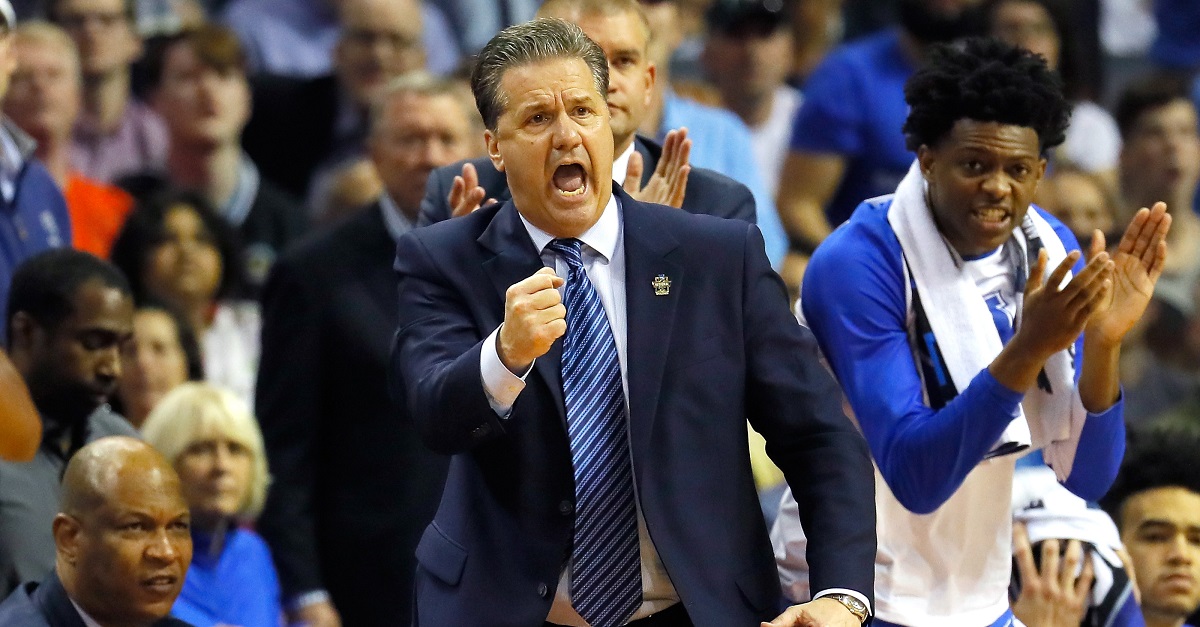 Kentucky and coach John Calipari have perfected the “one-and-done” recruiting strategy having sent so many players to the NBA despite only playing one year of college. Cal recruits guys who could potentially go high in the NBA Draft even straight out of high school, but gets them to come to Kentucky to get groomed to be a pro. That was supposed to be the case for guard Hamidou Diallo, but he’s actually taken it a step further.

There was some talk that Diallo might just take a year off after high school and then go to the draft to avoid going to college, but instead he enrolled at Kentucky in the middle of the season for the spring semester. He never played a single game since the rotation was set and it was believed he would just practice with the team to get a head start on next year’s rotation. Diallo could still find himself getting good feedback though:

Only smart for Hamidou Diallo to gather feedback from the NBA. My guess would be backend first this year. Potential lotto pick next.

Next year’s NBA Draft is not likely to be as deep so he’s probably just going to the NBA Combine to see how he compares to some of the other guys declaring, but he is probably going to end up coming back.