Kentucky plays a game of “Cal or Kanye?” 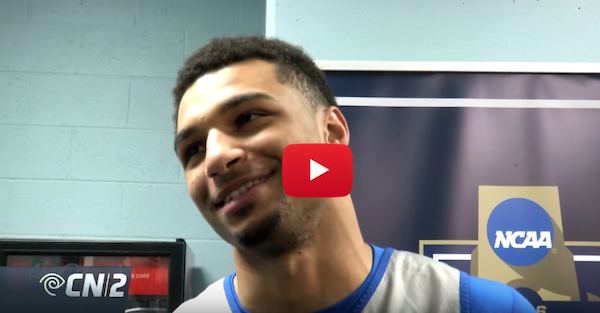 Kentucky coach John Calipari and rapper Kanye West are both incredibly quotable characters. Someone had the bright idea of grilling the Wildcat players about whether their coach said that quote or if the rapper said it. There were a few that stumped Tyler Ulis, Jamal Murray, Alex Poythress, Jamal Murray and company.

There were actually some pretty edgy quotes and especially one that was “It’s like crack-cocaine. I gotta do it.” You’ll have to find out who said that in the video above, but it will likely surprise you either way.