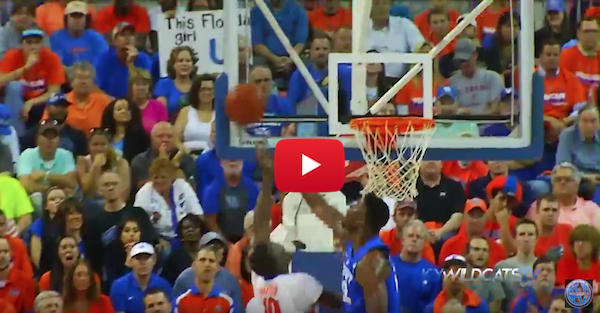 The Florida Gators (17-13, 8-9) hosted No. 22 Kentucky (22-8, 12-5) for the second-to-last game of the season and it was the last game in the Stephen C. O’Connell Center until renovations are finished on it next year. Kentucky left with quite the impression as the Wildcats came away with an 88-79 win.

All five of the UK starters finished in double digit scoring led by Jamal Murray’s 21 which was his ninth straight game of scoring 20 or more points. Skal Labissiere started and almost had a double-double with 11 points and eight rebounds. Alex Poythress did get a double-double with 12 points and 10 boards, Isaiah Briscoe chipped in 13 points and Tyler Ulis had 19 points to go with 11 rebounds. Kentucky finishes its season Saturday at home against LSU.