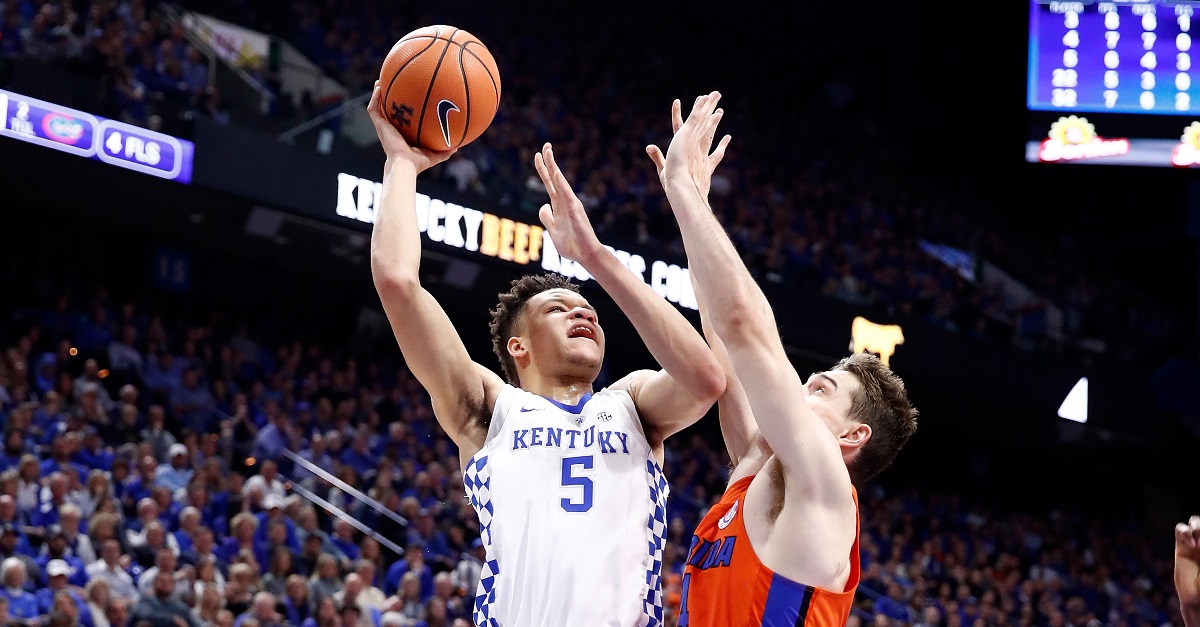 No. 18 Kentucky suffered a gut-wrenching loss to unranked Florida on Saturday night and that broke a long-running streak that dates back to 2014.

The Wildcats also took their first conference loss at home dating back to February of 2014.

Florida handed UK its first conference loss at home in the last 30 games.

Florida got the win despite making only a third of their shots, shooting less than 70 percent at the free throw line and making one-fifth of their three-point shots. However, they only had seven turnovers for the game and forced Kentucky into 16. The Gators were also outrebounded 49-38, but got just enough out of Jalen Hudson, Chris Chiozza, KeVaughn Allen and Keith Stone to win.

Chiozza in particular had a nice game with 13 points, eights assists, one turnover and six rebounds. Hudson led all scorers with 17 points off the bench while Allen had 11 and Stone had 14. Wenyen Gabriel and Shai Gilgeous-Alexander were the only Wildcats to score in double figures with  10 apiece.