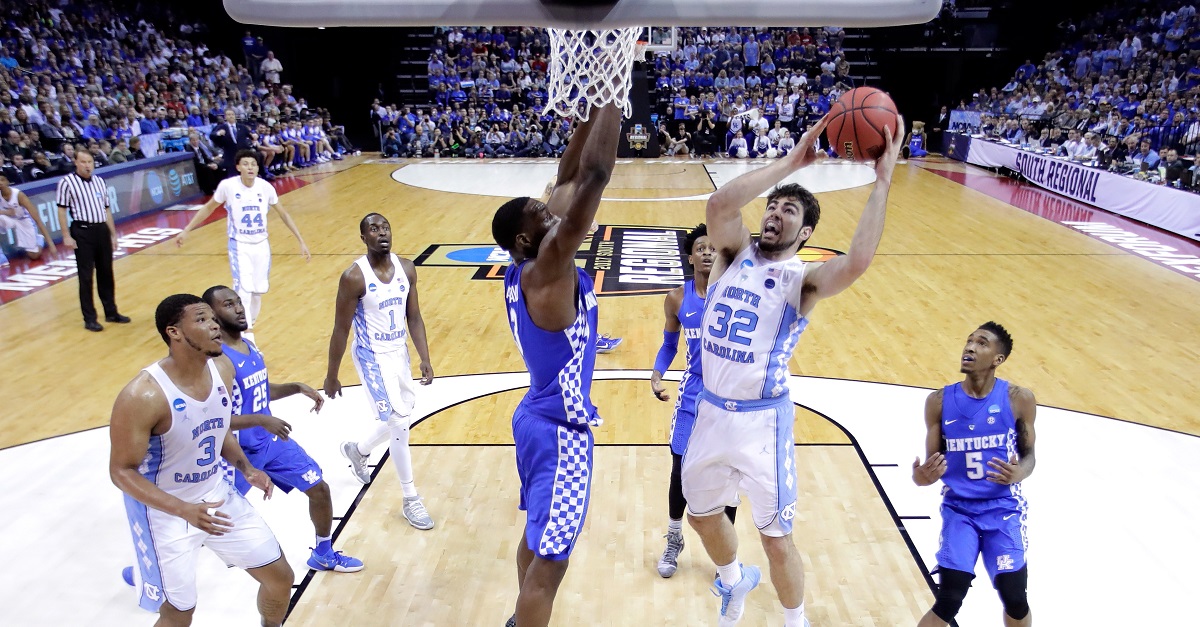 Andy Lyons/Getty Images
MEMPHIS, TN - MARCH 26: Luke Maye #32 of the North Carolina Tar Heels shoots against Edrice Adebayo #3 of the Kentucky Wildcats in the second half during the 2017 NCAA Men's Basketball Tournament South Regional at FedExForum on March 26, 2017 in Memphis, Tennessee. (Photo by Andy Lyons/Getty Images)

Kentucky is likely to have two or even three players go in the first round of the NBA Draft this year and center Bam Adebayo is one of them. It seems he’s recognized that and not only did he decide to go pro, but he’s made sure he can’t go back to school after this latest reported move:

Kentucky's Bam Adebayo will sign with an agent and remain in the 2017 NBA Draft, per multiple sources. #BBN

Adebayo averaged 13 points, eight rebounds and 1.5 blocks in 30.1 minutes a game this past season. He also shot a shade under 60 percent from the floor, which should help him at the next level where almost all of his shots will likely come within five feet of the rim.