Kentucky suffers first round of 32 loss since 2007 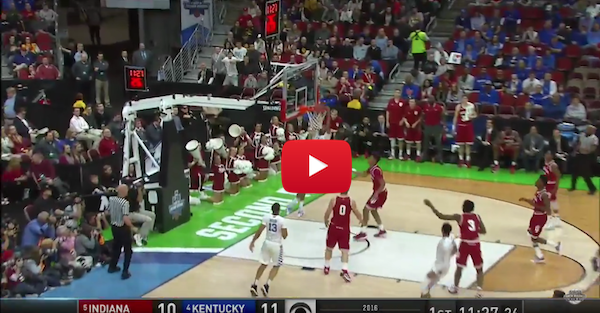 A lot of people had Kentucky going to the Final Four in their brackets and you can’t really blame them. Every time the Wildcats have been seeded four or lower they’ve made it to the last weekend of March Madness. Tyler Ulis and Jamal Murray have been great all season, but they didn’t get enough help in the front court to win this game.

The two guards were the only ones to score in double figures for the Wildcats as Ulis finished with 27 points and Murray finished with 16 points. Indiana’s Yogi Ferrell had 18 points while he also had help from Thomas Bryant’s 19 points and Troy Williams’ 13. This is the first time under John Calipari that the Wildcats have been outed in the round of 32 and the first since 2007 when Tubby Smith was the head coach.