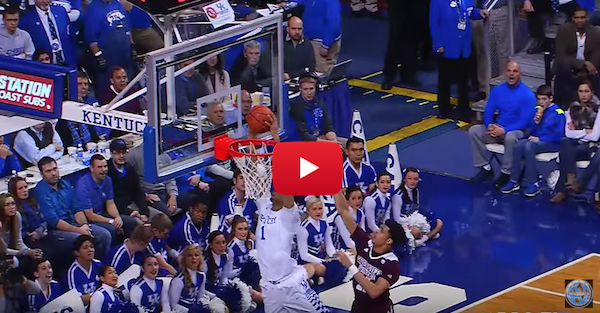 No. 14 Kentucky (13-3, 3-1) hosted the Mississippi State Bulldogs (7-8, 0-3) and got a fight it wasn’t expecting. The Bulldogs had one of their best shooting nights of the year hitting about 53 percent of their shots from the floor and had three guys in double-figures. However, that wasn’t enough to win as the Wildcats got the 80-74 victory.

UK had 13 more rebounds than MSU and got some easier buckets as they assisted on 16 of 28 made shots while the Bulldogs only had eight assists on 27 made shots. Jamal Murray had 22 points while Tyler Ulis had 21 and Isaiah Briscoe had 14 to lead the Wildcats to the win.