Kentucky reportedly has its first opponent of the season scheduled 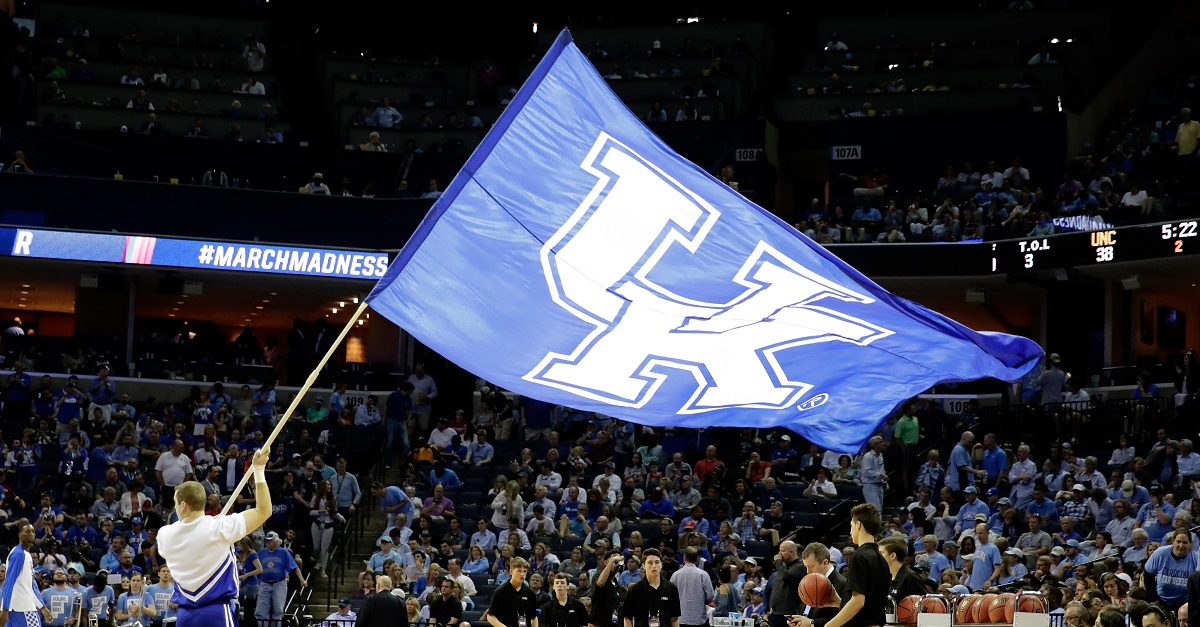 Andy Lyons/Getty Images
MEMPHIS, TN - MARCH 26: A Kentucky Wildcats cheerleader waves a flag at the start of the second half against the North Carolina Tar Heels during the 2017 NCAA Men's Basketball Tournament South Regional at FedExForum on March 26, 2017 in Memphis, Tennessee. (Photo by Andy Lyons/Getty Images)

While Kentucky fans are probably still celebrating landing five-star forward Kevin Knox for this year’s team, they can now get excited for the start of the season. While the date itself isn’t set, the Wildcats reportedly have an opponent to open the regular season:

Kentucky has also added East Tennessee State to the slate of non-conference games and the full SEC schedule is out the conference. UK will play its usual rivals twice this season like Tennessee, Florida and Vanderbilt with pivotal away games against Texas A&M and Missouri.