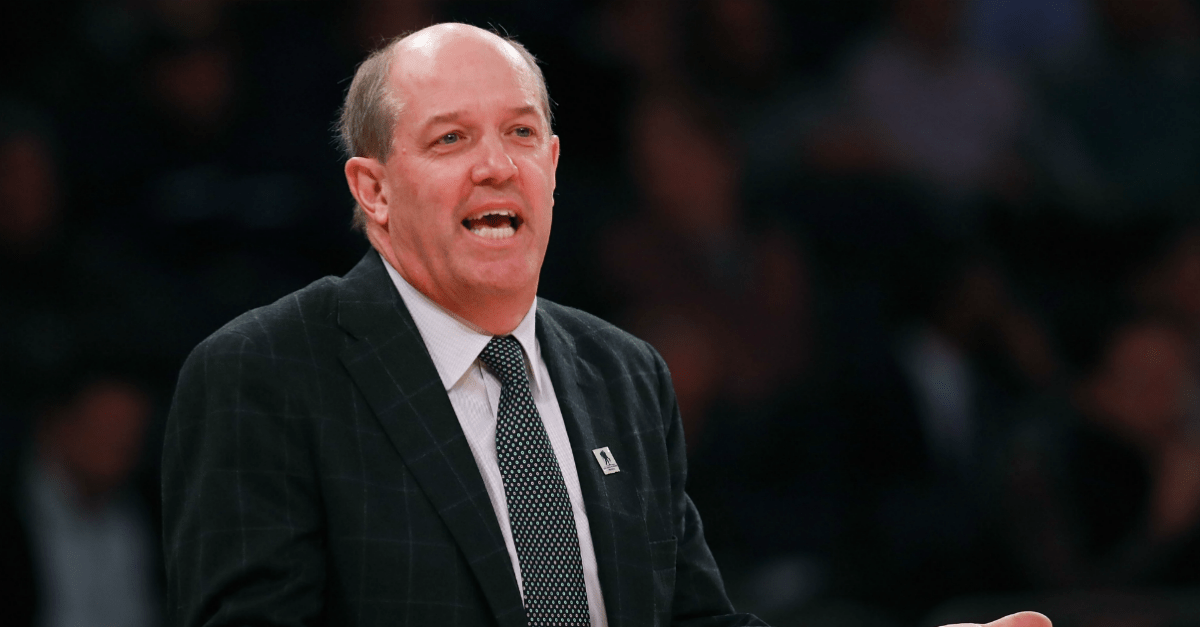 Following yet another loss this season, Pittsburgh Panthers coach Kevin Stallings apparently tried to hurl some shade toward Louisville Cardinals fans. Not at all shockingly, he’s bad at it.

With a 26-point loss in the back of his head, the maligned coach supposedly turned to fans at Louisville’s KFC Yum! Center and said, “At least we didn’t pay our guys $100,000” and “We didn’t pay our guys 100 grand, though,” according to a recording provided by WHAS reporter Whitney Harding.

Stallings claims to not know exactly what he said, but swears he did it for the kids.

Pitt’s Kevin Stallings on why he shouted to U of L fans “at least we don’t pay our players $100,000” pic.twitter.com/6wwgDTjGKK

“We’re down, the game’s over with, you don’t need to insult kids who are out there trying to fight hard and do their best. So like I said, I probably should have chosen some different words, but I’m not going to let people take shots at our players.”

For those unaware of who Kevin Stallings is, you might remember him from such hits as “being the guy who regularly blocks transfers” or the man who once told one of his own players that “I’ll (bleeping) kill you.”

Since taking over for Dixon last season, Stallings has led the Panthers to an overall record of 24-24. Pitt is 8-7 so for this season, but are 0-2 in ACC play.