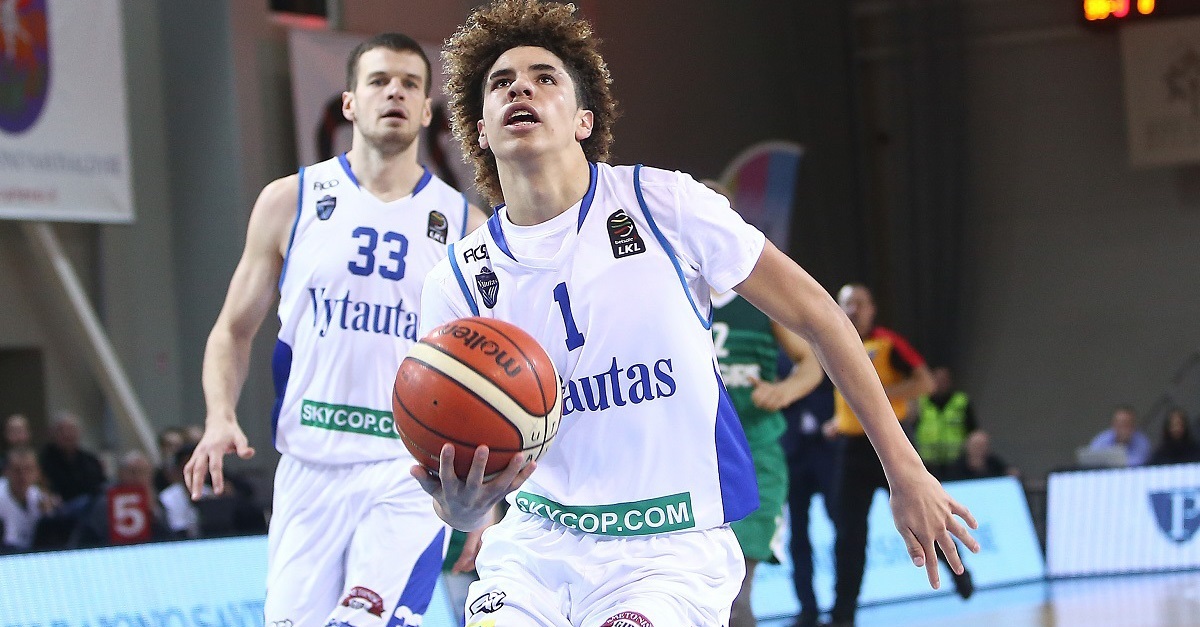 As LaMelo Ball made his professional debut in Lithuania earlier this week, he made history in the process. Ball, 16, became the youngest American basketball player to play a professional game when he took the court for Prienai Vytautas on Tuesday.

LaMelo, and his older brother, LiAngelo, both made their professional debuts in the game. The brothers combined to score 29 points in the game, with LiAngelo accounting for 19 points and LaMelo adding 10 points. LaMelo also added nine assists and had at least one highlight-worthy play:

The next game for Prienu Vytautas is on Saturday.