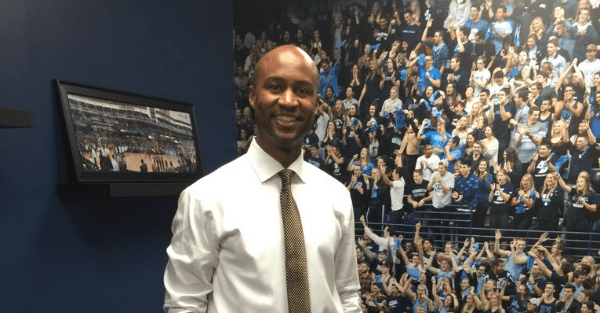 San Diego head coach Lamont Smith was reportedly arrested over the weekend over an assault incident. The exact charge was for domestic violence, but the victim involved was not Smith’s wife.

Smith, who had been projected to be up for some bigger jobs this offseason, was arrested at Oakland International Airport and faces three charges stemming from an incident at the team hotel the night before, according to the San Francisco Sheriff’s Department.

The school has already released a statement:

“We are aware of the report of allegations related to Lamont Smith,” USD said in a statement. “We have very few details at the time, but we will be gathering information and will be commencing an investigation into the matter.”

For the sake of clarity: Smith is charged with domestic violence, assault with force likely to commit great bodily injury, and false imprisonment.

ESPN was the outlet that first broke the story and Kyle Bonagura confirmed late Sunday that Smith is married with two kids and the alleged victim is not his wife.

While not actually important to the story, Smith is in his third year with San Diego, leading the team to 18 wins so far this season.