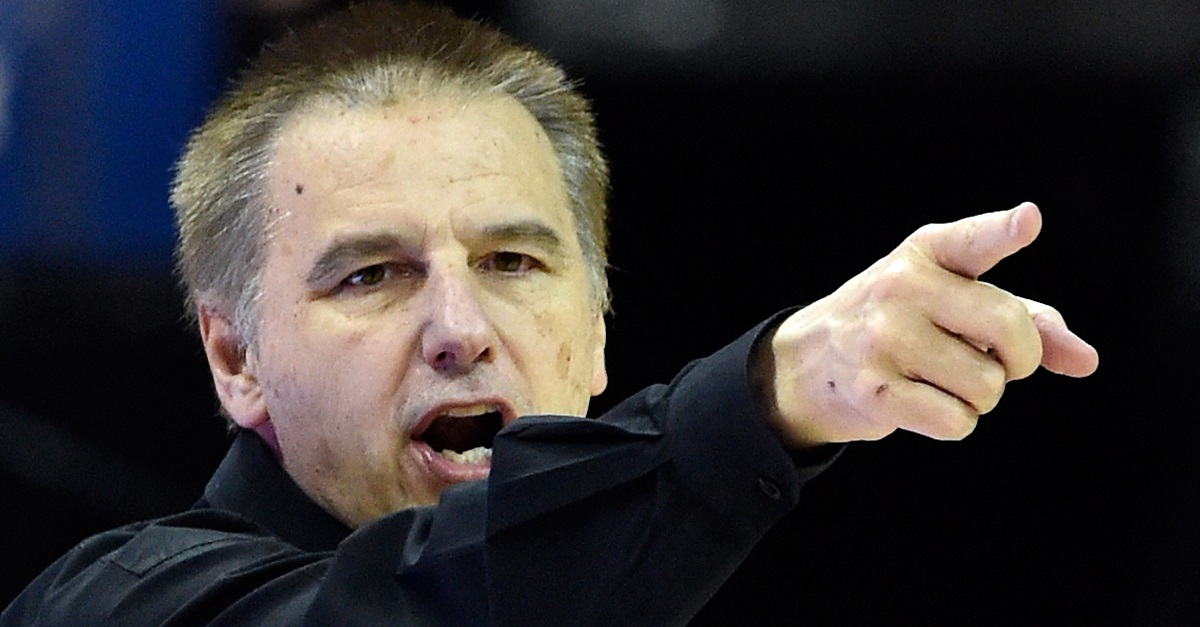 Colorado State head coach Larry Eustachy is under investigation for the second time in four years for behavioral issues. The school athletic director released a statement in regards to the investigation and the school has officially decided to place him on administrative leave.

It's official. Larry Eustachy has been placed on leave. #CSURams pic.twitter.com/7ayskURgvq

This is the second investigation into the coach in four years, as he was looked into in 2013-14 after allegedly creating a “culture of fear and intimidation.”

According to initial reporting, first surfacing on Wednesday thanks to Justin Michael, the majority of players have come out against Eustachy.

“We have started a climate assessment, which involves conversations with the students and staff members associated with the men’s basketball program,” athletic director Joe Parker said in a statement. “As always, we will not make any public comments until our process is complete and have no additional information to share at this time.”

Of note, the university inserted a zero-tolerance policy when allowing him to retain his job. This would, obviously, trigger that part of the agreement between the school and coach.

Following the initial investigation, in which he admitted to the varying forms of verbal abuse, the coach released the following statement:

“I am deeply disappointed on a very personal level that someone chose to publicize confidential information from my personnel file. That said, I fully recognize that I’m not perfect. I have my faults and strive every day to be better than I was yesterday.”

This story is still developing, and the details of what has reportedly sparked this new investigation are not yet completely known.

At the time of this writing, ESPN has confirmed with the school’s athletic director that Eustachy’s conduct with players, assistant coaches and other staff members are the areas he’s being investigated.

We will keep you posted as details from this fluid situation emerge.